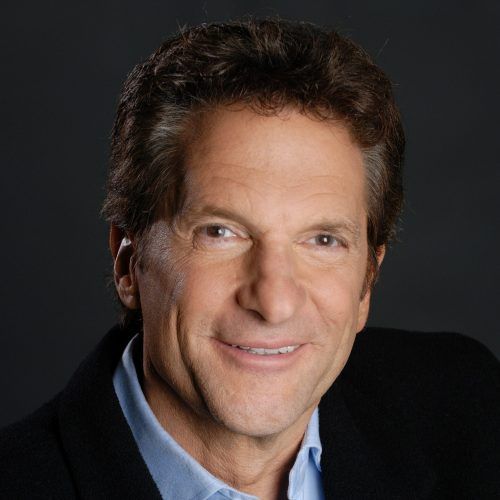 Peter Guber has spent his entire life blazing his own trail. From movies to music to television to sports, he has seized opportunity and been a pioneer in businesses and industries that are notoriously difficult.

"I wanted to thank you for contributing to the success of our Senior Leadership meeting here at Cisco last week. I am pleased to say that your score placed you in the top 3 of all presenters (over 30 presenters) at the event. Great job."

"If anyone knows how to survive in business, it's Peter. This book is a manual for that. It gives you the two keys to success - first, everything starts with a good story, and second, don't drop names (actually Frank Sinatra told me that)."

A successful executive and entrepreneur in various industries, he has deep strategic and operational experience with universal application.

Peter’s diverse career encompasses 40 years of experience that has propelled him to success as an executive, entrepreneur, professional sports team owner, and #1 NYT bestselling author. His extraordinary life has been built on sharing a vision and creating the organization to realize that dream.

In his keynotes, Peter shares lessons he has learned from a life at the highest levels of sports and entertainment – revealing tools and processes that inform and ignite the newest leaders in the business community as they strive to make big things happen.

Peter Guber’s career has been fuelled by curiosity and personal reinvention. He is Chairman and CEO of Mandalay Entertainment Group. Prior to Mandalay, Peter was Chairman and CEO of Sony Pictures Entertainment, Chairman and CEO of Polygram Entertainment, Owner and Co-Founder of Casablanca Record & Filmworks and President of Columbia Pictures. He produced or executive produced (personally or through his companies) films that garnered five Best Picture Academy Award nominations (winning for Rain Man) and box office hits that include The Color Purple, Midnight Express, Batman, Flashdance, The Kids Are All Right and Soul Surfer.

Peter is operating Owner of the three-time NBA Champion Golden State Warriors, an Owner of the six-time National League West Champion, and two-time National League Champion, Los Angeles Dodgers, and an Owner and Executive Chairman of Major League Soccer’s Los Angeles Football Club (LAFC). He is Co-Executive Chairman of aXiomatic, a broad-based esports and gaming company which owns Team Liquid, a premier esports team. Peter is a Regent of the University of California and has been a professor at UCLA for 40 years.

Peter is a noted author with works including Shootout: Surviving Fame and (Mis)Fortune in Hollywood, which became a 7-year television series on AMC which he hosted. He wrote the cover article for the Harvard Business Review titled, The Four Truths of the Storyteller. His most recent business book, Tell To Win – Connect, Persuade, and Triumph with the Hidden Power of Story, became an instant #1 New York Times bestseller.

Great storytelling is more than just entertainment; it is a highly powerful and vastly underutilized professional business tool. It is indeed the secret sauce that can propel your success – whether you are an executive, entrepreneur, sales manager, marketing & communications expert, artist, consultant, inventor, HR professional or assistant.

Unfortunately, by the time most people have entered business, stories, as professional tools, have been dismissed as too soft or suspect and have been replaced by soulless bullets and forgettable data. Yet, only stories and their telling can create the emotional experiences that make the important information embedded within the story memorable, resonant and actionable.

In this entertaining, enlightening and informative presentation, “StoryMan” Peter Guber shares his methodology of how to employ the power of the oral story to:

Learn where to find stories; what type of story works best for you; how to get your audiences’ attention and intention; the most successful story goals; when to drop your “script,” the power of turning “me” into “we,” the secret of relinquishing control of your story and much more…

Diving and Designing in the Culture of Innovation: Inciting Creativity as an Organizational Imperative for Exponential Growth and Business Success

How do the most successful companies and leaders generate ideas, unleash the creative talent of their people, move innovative thinking throughout their organization overcoming resistance, and have an accelerated time to market that leaves competitors in the dust?

Peter Guber draws from his four decades of successes in the creative industry of Entertainment, innovating on all sides of the food chain, from working with creatives, to corporate, to partners, vendors, and audiences; in addition to leading or investing in cutting edge early stage companies like Demand Media (where he’s on the Board of Directors) and Geek Chic Daily; as well as reinventing sports teams and stadiums in NBA basketball, baseball and hockey to share first person stories based on his demonstrated successes to provide the tools to change your Monday.

Be motivated by a masterful story teller who will ignite and incite the culture of innovation and the tools to execute on it in your organization.

The Power of a Purposeful Story

Peter Guber’s extraordinary life has been about telling the right story at the right time and winning.

The ability to tell a purposeful story well is a highly powerful and vastly underutilized professional business tool.  It is indeed the secret sauce that can propel success. Unfortunately, by the time most people have entered business, stories, as professional tools, have been dismissed as too soft and have been replaced by soulless bullet points and forgettable data.  Yet, only stories and their telling can create the emotional experiences that make the important information embedded within the story memorable, resonant and actionable.

Today everyone – whether they know it or not – is in the emotional transportation business.  More and more, success is won by creating compelling stories that have the power to move partners, shareholders, customers, and employees to action.  Simply put – if you can’t tell it, you can’t sell it.

Be warned….in uncertain times, if leaders don’t have a story that gives focus to their resources and resourcefulness, someone else will write their future – and it won’t turn out well! In this compelling, transformative keynote, “StoryMan” Peter Guber empowers, enlightens and exhorts leaders to tap into their innate storytelling ability and to use this skill to persuade others to act toward common goals. Often misperceived as lacking power, many leaders avoid story, employing instead soulless information, data, and PowerPoint bullets to motivate their listeners. Yet, when the chips are down, as they are in tumultuous times, it’s the emotional power that counts.

This explains the magic of great leaders like Steve Jobs, Bill Clinton and Nelson Mandela who communicate through story. They connect to their listeners emotionally through purposeful storytelling, impassioning them to viral market their stories as if they were their own.

During this no holds-barred experience, Guber shares his methodology of how to use story to overcome the three navigation stakes challenging all leaders during trying times:

And how to employ the power of story to catalyze:

Learn where to find stories; what type of story works best for you; how to use the power of story to overcome resistance and drive results; how to use story to ignite viral advocacy for your mission or cause and much more…

Divining and Designing the Culture of Innovation

It’s YOUR business. Without it, you have no business. Why? Because today everyone faces a universal problem…We are living in an age of disruption. Our world is non-linear. It’s 3 dimensional and ever changing. The rate of change is changing. In this real-time connected world where threats from competition can come from anywhere, innovation is the only way to out-perform and lead the pack. Originality has become the litmus test of strategy. Rich in stories based on personal experiences, Guber decodes his own successes and failures and those of highly accomplished individuals that Guber’s partnered with, employed, observed and competed against. He reveals both a methodology and the keys to engage the power of innovation in yourself and in others.

Thriving in a Culture of Risk

The rapid changes reshaping business today require leaders who stay ahead of the curve, embrace uncertainty, overcome FEAR (“False Evidence Appearing Real”), and take informed risks by “flying in the red zone” where failure lurks, but a greater opportunity horizon lies. Peter Guber credits much of his tremendous business success to heeding these navigational stakes.

The new “normal” is that the world is volatile, turbulent, and perpetually uncertain. Achieving success in today’s high-consequence, highly uncertain, and rapidly-changing world requires leaders be adept in living and acting out of their comfort zones. In this environment, impatience is a virtue. And, while there are no guarantees, the search for unique opportunities must be constant and never-ending. Organizations must keep a keen eye for incremental change, but leadership must look for exponential opportunities.

Any business attempting to defend their incumbency by playing it safe and sticking to the status quo will quickly find themselves skunked! In today’s marketplace, they must seize change – drive change – to stay in the game.

Leading and Succeeding in Uncertain Times: Flying in the Red Zone – Gaining and Sustaining Competitive Advantage In Volatile Times

The rapid changes reshaping business today requires leaders who stay ahead of the curve, embrace uncertainty, overcome FEAR (which Peter Guber defines as “False Evidence Appearing Real”), and take informed risks by “flying in the red zone” where failure lurks, but a greater opportunity horizon lies

Guber credits much of his tremendous business success in volatile times to heeding these navigational stakes in not one, but five different industries – from blockbuster, critically acclaimed and award-winning movies like Rain Man, Batman, Gorillas in the Mist and The Kids Are All Right, to owning among the most successful professional minor league baseball teams and stadiums (and now, as owner and co-executive chairman of the NBA franchise, The Golden State Warriors, is in the process of transforming this team under extremely uncertain conditions), to finding, investing in and growing cutting edge new media companies (such as Geek Chic Daily, Mandalay Digital Group and Demand Media), to locating, developing and selling highly profitable real estate ventures, to holding a professorship at UCLA for more than four decades where his highly popular courses consistently sell out.

Be engaged by a creative entrepreneur with the demonstrated success to speak from first person experience on surviving and thriving in uncertain times.

Tell To Win For Your Success

If you can’t tell it, you can’t sell it! Great storytelling is more than just entertainment. It is a highly powerful and vastly underutilized professional business tool. It is indeed the secret sauce that can propel your success – whether you are an executive, entrepreneur, sales manager, marketing & communications expert, artist, consultant, inventor or HR professional. In this entertaining, enlightening and informative presentation, executive and entrepreneur Peter Guber shares his methodology of how to activate the power of story.