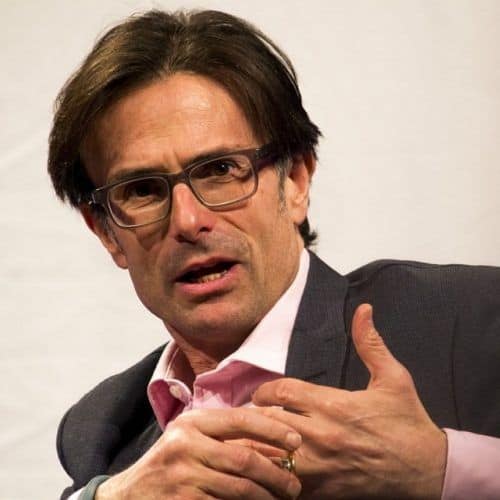 Robert Peston covers everything of note that happens in Westminster and beyond, interviewing the important players on the national and international political scenes.

Peston is a great economics, business conference and after dinner speaker. It was Robert who revealed that Northern Rock was close to technical insolvency and had approached the Bank of England for emergency support. This was the beginning of a chain of events in the banking sector which affected the entire world economy and in 2009 took the world into recession.

Prior to his high-profile move Robert was the BBC’s Economics Editor, revealing the stories behind the statistics and explaining the implications of domestic, European and global economic shifts. Before that, as Business Editor, he broadcast and published a series of exclusive and influential stories about the global financial situation. He revealed the crises at Northern Rock and RBS, the emergency rescue of HBOS, and the tumult around the credit crunch, bailouts and austerity.

Prior to the BBC, Robert was City and Assistant Editor of The Sunday Telegraph, in charge of the business and money sections. Before that he was the Financial Times’s Financial Editor and a member of the editorial board. He had also served as Political Editor, Banking Editor and founder of the investigations unit.

Robert has written and presented a number of documentaries and factual series, notably four films about China’s boom and probable bust, two films on the EU referendum, three films on the financial crisis, and the popular series Robert Peston Goes Shopping.

Robert has also presented Super Rich: The Greed Game for BBC2, on the causes and consequences of the Credit Crunch. Recently, in September 2013, he presented the 3 episode documentary, Robert Peston Goes Shopping, exploring how the British retail industry has transformed over the last century, and how it has been impacted by the financial crash and online shopping.