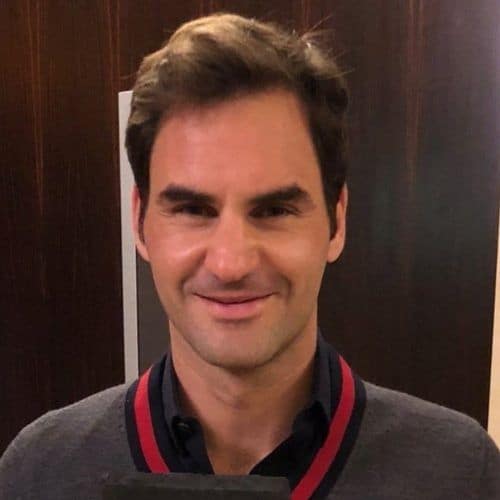 Swiss tennis player ranked among the best professionals of all time

Once or twice in each generation a sports star such as Roger Federer comes along who defines his or her sport, outperforming all rivals by an order of magnitude and making a name for themselves that will go down in the history books and ensure that they are never forgotten.

In tennis, Roger Federer has dominated for much of the last decade and before, and his star shows no sign of waning just yet. Famous even among those who are not huge tennis fans, he’s got a broad appeal and one of the most recognisable faces in sport today.

Mainly due to stars like Federer, tennis is a sport that’s very much in the zeitgeist – and it’s one that’s widely enjoyed by people of all ages and backgrounds. Unlike football, rugby or another traditional league sport, there’s no need to watch the sport week in and week out to keep up.

As a sportsman at the top of his game and a tennis player with matchless skill, the charismatic Federer is very much in demand as a speaker.

Federer was born in Switzerland in 1981, to a South African mother and a Swiss father. The second of two children, he grew up close to the French and German borders and speaks several languages fluently.

As a child, he played a wide range of sports, including basketball and badminton as well as football and of course, tennis. The tennis player has previously said in interviews that he believes the wide range of ball sports he played as a child and young adult helped to build his stellar hand-eye coordination.

As a junior player he won Wimbledon in 1998; both the boys’ singles and the boys’ doubles tournament, for which he was paired with Oliver Rochus. Federer also reached the final of the Junior US Open in the same year and ended his junior career with a world #1 ranking.

The first match of Federer’s professional career was played against Lucas Arnold Ker in the first round of a tournament in Switzerland and – he was eliminated by the Argentinian.

In 2000 he played in his first final, that of the Marseille Open, but it wasn’t until 2003 that he first bagged the top spot in a grand slam tournament at Wimbledon.

On a roll, he went on to win a further three grand slams in 2004 – the first player to do so since Mats Wilander in 1988 and it was in this year that he also became the world #1 for the first time.

For the last decade, the Swiss sports star has continued to dominate the tennis world, breaking records and winning titles at a rate of knots. Since 2002 he has been continuously ranked in the top ten tennis players in the world and has held the number one position for an impressive 302 weeks in total.

Though his professional successes have been too numerous to count, Roger has also found time to give back through charities. Not only is he a UNICEF goodwill ambassador, but he also runs his own charitable organisation, The Roger Federer Foundation, promoting education for disadvantaged children through sport.

Roger Federer is an engaging orator who can speak entertainingly on a range of subjects; his star quality will make him a real draw to any event you’re planning, and his specific experiences make him an exceptional motivational speaker.

His broad appeal makes him an excellent choice for everything from corporate events to charity galas.

Life and Times of Roger Federer