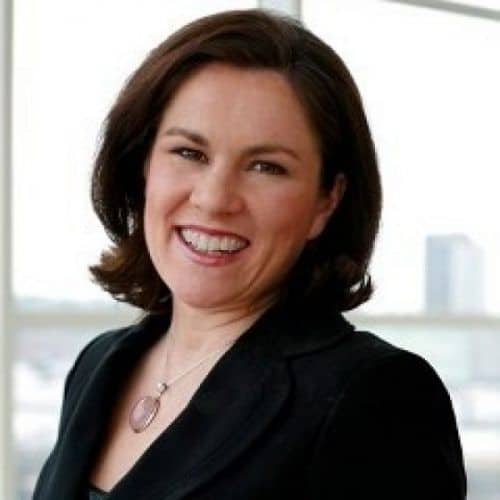 One of the UK’s most experienced business journalists and reporters, Tanya Beckett is widely known in the USA and around the world for her work with ‘BBC World News’ and the BBC’s ‘World Business Report’.

"Tanya was brought into a programme with an existing formula. Its never easy to just walk into a tried and tested formula and make it work, but that is exactly what Tanya did. Within minutes she had established a rapport with the Director of Marketing for RBS and then during the interview with Sir Fred Goodwin. Tanya was knowledgeable and very well prepared she made a very lasting impression on her interviewee not just for her professionalism but for her obvious understanding of some very in-depth and highly complicated financial matters. It was a pleasure to work with her."

An investment banker turned expert journalist and interviewer, Beckett’s range of experience and skills make her an exceptional speaker and interviewer.

Experienced in corporate and business conference moderating, interviewing and awards presentation, Tanya Beckett brings her trademarked warmth to occasions of all kinds, informing and inspiring audiences of all sizes.

Currently business correspondent for the BBCs internationally renowned World Business Report, Tanya Beckett is a journalist, presenter and interviewer. Having spent time as an investment banker for some of the best known companies in the field, Tanya Beckett decided to move into journalism, beginning her career with CNBC Europe in 1993. Her ability as a business and political reporter was honed over the next five years as she gained experience working for CNN, Sky News, Dubai TV and News Direct Radio. In 1998 she joined the BBC and has since worked on a diverse range of news programmes, including Breakfast News, Business Breakfast and Working Lunch. Tanya moved to the USA in 2003 and continued her journalistic work, presenting a number of major live political and financial events and working as an anchor for the BBCs World Business Report, before returning to the UK.

Due to Becketts reputation as a top class business expert and interviewer, she has also worked on a number of other shows, one of which was a NBC chat show featuring influential guests from politics, the media and the arts. Her adaptability, her natural warmth and her ability as an interviewer easily translate into Becketts work as a speaker. A capable linguist, she can also work in French and German.

Beckett graduated from Oxford University with a Metallurgy and the Science of Materials and spent her early career working in research for Courtaulds. She then decided to move into finance, re-training and working in investment banking for companies such as Citibank and Commerzbank.