One of the world’s leading innovation experts, VG is responsible for the ground-breaking concept of Reverse Innovation which has been hailed as the most significant opportunity for large corporations over the next 5 years

VG is charming and articulate with a powerful message for CEOs who want to get the most out of today’s globalised markets.

Vijay Govindarajan is known as VG and was born in India. He credits his grandfather with granting him the gift of ambition which he has used to good purpose, getting first a degree in Chartered Accountancy, for which he was awarded the Presidents Gold Medal and then an MBA from Harvard Business School where he was given the Robert Bowne Prize for best thesis proposal and was included on the Deans List. He has taught at Harvard Business School, INSEAD and the Indian Institute of Management in Ahmedabad.

Career VG is Professor of International Business at the Tuck School of Business at Dartmouth College in New Hampshire and is the author of several books and countless articles. He has worked closely with international corporations, spending 2 years from 2008 with General Electric as their independent advisor in residence. Their collaboration led to the theory of Reverse Innovation which suggests that big business should look at the needs of poorer countries when innovating new products, rather than trying to create demand for existing products designed for a very different market. He suggests that this process can unlock vast untapped markets so far untouched by globalization. It was rated by Harvard Business Review as one of the ten big ideas of the decade and was published as a book with Chris Trimble in 2012. The book became a Wall St Journal and New York Times bestseller.

He went on to become a central figure in the challenge to design a $300 house, which is both a social project and one that builds on this approach to innovation.

His other published work includes Ten Rules for Strategic Innovators and The Other Side of Innovation. He writes a blog and his work appears in leading business journals like the Harvard Business Review and Business Week. He is working on his next book about what it takes to turn a big idea into a success.

VG has been described as a gifted teacher and works with both students and the CEOs of many of the top Fortune 500 firms. His clients have included Coca-Cola, IBM, P&G and Sony. He is an experienced speaker and has appeared around the world including the World Economic Forum at Davos. He is also part of the consulting firm Innosight. 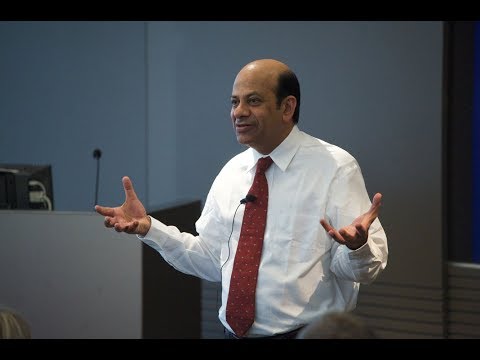 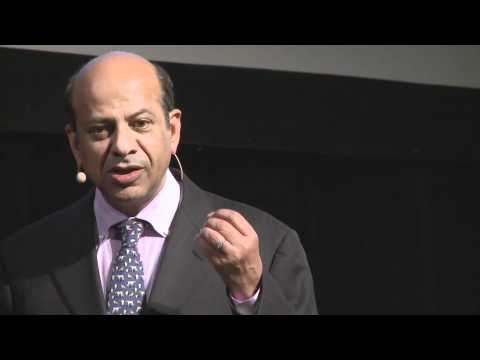 'A framework for the next phase of globalization'

To enquire about booking Vijay Govindarajan, email info@speakersassociates.com or complete this form.