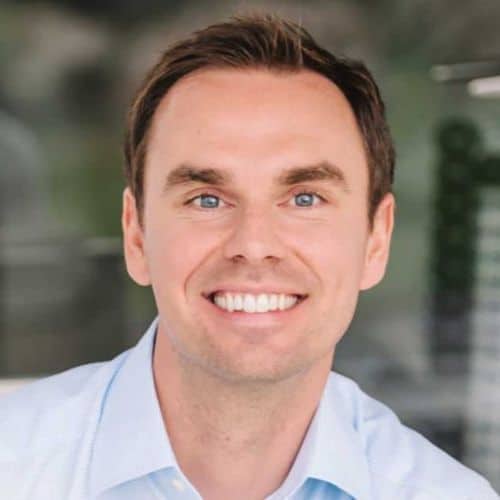 Brendon Burchard is the world’s leading high performance coach and the #1 New York Times bestselling author of The Millionaire Messenger and The Charge: Activating the 10 Human Drives that Make You Feel Alive. He is also the founder of High Performance Academy and is recognized as one of the top business and motivation trainers in the world.

Brendon Burchard is a 3-time New York Times bestselling author, a globally respected high performance coach, and one of the world’s most watched, followed and quoted personal development trainers with over 10 million followers across his brands. O, the Oprah Magazine named him “one of the most influential leaders in personal growth.” Forbes.com named him “the world’s leading high performance coach.” Larry King called him “the world’s leading life coach.” Success Magazine ranks him in the Top 25 Most Influential success teachers along with Oprah Winfrey, Dr. Phil, Tony Robbins, Tim Ferriss, Arianna Huffington, and Deepak Chopra.

Brendon’s passion for personal development and coaching began after a car accident when he was 19-years old. The traumatic event led to his belief that at the end of our lives we will all ask, “Did I live? Did I love? Did I matter?” These questions form the themes of vibrancy, connection and meaning that weave throughout his work and practice.

An online education pioneer, Brendon has released 20+ online personal development courses taken by over 3,000,000 students in 100+ countries. His courses on topics like motivation, confidence, habits, productivity, and influence are the world’s most watched, commercially successful and longest running. Brendon was the first online personal growth trainer in history to create, produce, star in and sell an online course that generated more than a million dollars in sales at launch (2009), and he was the first to produce a million-dollar-plus live online personal development broadcast, which he has done 15 times since.

Brendon’s social media motivational tutorials have been viewed over 300 million times across his personal accounts alone (5 million fans on Facebook, 800,000 YouTube subscribers, and 900,000 Instagram fans). His podcast, The Brendon Show, has over 60 million downloads and streams and has spent over 6 years in the top 30 of its category. His personal development email newsletter list is over 3 million subscribers. For these results among many others, Oprah.com named him “one of the most successful online trainers in history.”

As one of the world’s elite life coaches, he’s personally presented to Oprah, Usher, and dozens of Olympians and Fortune 500 CEOs and their teams on the topic of change management and high performance. He’s trained and certified over 1000 of the world’s top performance coaches in 30 countries.

In 2017, Brendon led a research team to conduct the world’s largest academic study on the habits of high-performing people, leading to published research and the Wall Street Journal bestselling book, High Performance Habits: How Extraordinary People Become That Way. Amazon ranked it the 3rd top business and leadership book of that year and the pioneering research landed him on the cover of Success Magazine.

A #1 New York Times, #1 Wall Street Journal, and #1 USA Today bestselling author, Brendon’s books have been translated into over 40 languages. His books include Life’s Golden Ticket, The Millionaire Messenger, The Charge, The Motivation Manifesto, and High Performance Habits. The Motivation Manifesto was a 32-week New York Times bestseller and led to a sit-down interview with Oprah Winfrey for a feature in O Magazine. It now is the bestselling title on motivation of this century so far.

Brendon is a recipient of the Maharishi Award, a Senior Research Lead at the High Performance Institute, an investor and owner in multiple successful companies, and a member of Oprah’s Super Soul 100. He was raised in Montana and he and his wife live in homes in the mountains or on a secluded beach, which is why he rarely does media interviews — he prefers reading, researching, filming, teaching online, and creating life-affirming content over cocktail parties and press junkets.