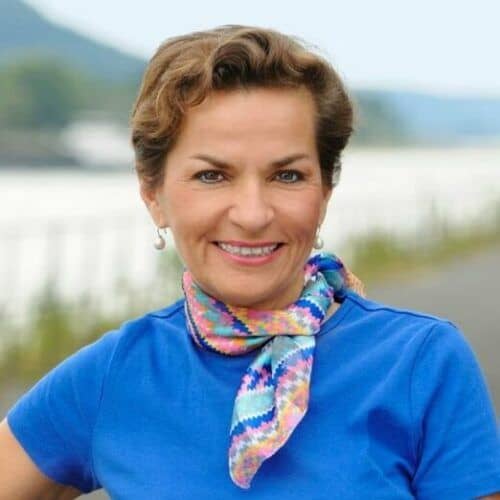 She was also the Executive Secretary for the UN Framework Convention on Climate Change (UNFCCC) from 2010 to 2016. Christiana successfully directed the Conferences of the Parties in Cancun 2010, Durban 2011, Doha 2012, Warsaw 2013, Lima 2014 that culminated in the historical 2015 Paris Agreement.

Christiana is currently the convener of Mission 2020 which is a global initiative on greenhouse gas emissions with an objective to protect the most vulnerable from the worst impacts of climate change. She is also the Vice Chair of the Global Covenant of Mayors, Climate Leader for the World Bank, Distinguished Fellow of Conversation International, Board member of the Climate Works and the World Resources Institute, member of the Rockefeller Foundation Economic Council on Planetary Health and member of the Leadership Council of the Global Alliance for Clean Cookstoves.

She started her political career as the Minister Counselor at the Costa Rican Embassy in Bonn Germany in 1982. Christiana was also the Director of Renewable Energy in the Americas (REIA).

She has a masters degree in Anthropology from the London School of Economics and a certificate in Organisational Development from Georgetown University.