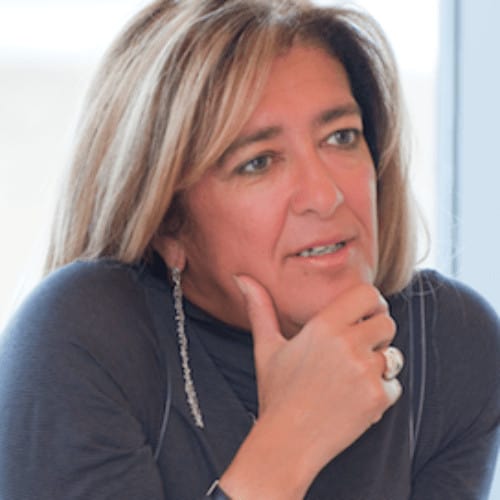 "Heather was refreshing and different. Feedback has been very good!"

"People really liked it and valued learning from Heather’s experiences … Internal feedback we collected indicates that Heather was the most popular of our three invited speakers."

"Heather was a very interesting speaker and her presentation resonated with many in the audience. She was engaging and energetic."

"Great speech, very impressive and Heather was able to cover so many areas due to her diverse experience and relate to a variety of people."

Dame Heather began her career as a Barrister at Law, she then moved to become a government advisor, a senior executive in public services and the youngest CEO in the UK. During this time she began an on-screen media career as a social commentator and then moved behind the scenes, serving as a Governor of the BBC followed by an appointment as a senior executive at Channel 4 – commissioning programmes across genres and introducing a range of talent development initiatives; for example, setting up a screenwriters’ course for theatre writers with the Young Vic, a documentary director feature programme, and a major screenwriting initiative for young people living on deprived estates in Birmingham.

Heather has worked in private equity and public markets including the restructuring of Millwall Football Club, securing the involvement of an American investment banker and their sporting promotion. She then became Chair of Shed Media, a publicly-listed media production and distribution company, which was subsequently bought by Time Warner.

Heather is the Chair of Times Up UK, an organisation that insists on safe, fair & dignified work for everyone.  She is also the Managing Director of Cove Pictures (a TV/Film Production company) and is a non-executive board member for Arts Alliance (a major film/digital investment fund) and Chair of Soho Theatre. Heather also serves on the Board of Into Film which supports Film Clubs in schools and runs programmes for specific groups of young people, such as those experiencing mental health difficulties in film making.

She has held a portfolio of non-executive roles, including Grosvenor Estates GBI (current) and, until recently completing her term, the Royal Opera House and the Board of the Football Association. Heather has additionally served on the Board of Crossrail, the Supervisory Board of the Foreign and Commonwealth Office, the Bank of England and the BBC.

Heather, a mixed race African Caribbean woman, is a regular speaker on leadership, managing change in the most challenging environments and diversity across a range of sectors. She has undertaken work with women in News at the BBC, Channel 4 Commissioners and Sky, having been active on these issues throughout her career.