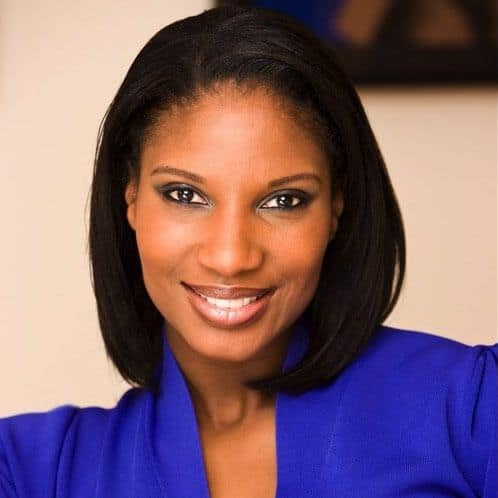 Champion Olympic athlete for the UK and sports commentator

"We have been organising and running major events for some years and engaged some high profile speakers, but Denise wowed our delegates like no other. Her sporting achievements and charity work are well known, but her ability to win over a demanding audience with charm and charisma and motivate them to be the best they can be is unsurpassed."

"Denise Lewis helped us to launch our sponsorship of London 2012 by making a motivational speech to our staff. She was an inspiration to all of us and her warmth, passion and infectious enthusiasm about the Olympics was the ideal way to start engaging our staff in this hugely exciting project. We are looking forward to a long relationship with her and are thrilled that she will be a part of our own Olympic journey."

"Denise's interaction with our hosts and delegates was nothing less than exemplary and we were inspired by her energy and genuine love for meeting people and sharing her amazing stories. She is a true inspiration and the feedback we have received from our hosts has been fantastic. We look forward to working with her again soon."

Denise is a Gold Medal winning heptathlete, who’s gone on to secure a successful broadcast career. Since her retirement from Athletics, Lewis has undertaken an array of television work.

Denise is one of the “golden girls” of British athletics, winning gold at the 2000 Sydney Olympics and subsequently being inducted into the UK Athletics Hall of Fame in 2011. Lewis has twice been runner-up in the BBC’s Sports Personality of the Year awards and was also honoured with an OBE.

In addition, Denise has been involved in presenting a range of successful shows and documentaries. From presenting two series of Camp Orange for Nickelodeon to joining Dame Mary Peters for the BBC NI documentary, The Run of Her Life. She had a successful stint co-presenting The One Show in 2015. Guest slots have included, Sky Sportswoman and Celebrity Squares. Lewis recently fronted her fourth series of Right on the Money for the BBC and authored the documentary ‘Matron, Medicine and Me’.

Throughout her career, Denise has used her platform to discuss and promote diversity. Anchoring the Woman of the Year Awards for ITV1’s Lorraine, and presenting Winners for BBC Two, BBC World and News. She has also worked to promote Women in Work for International Women’s day. Furthermore, Lewis joined other exceptional figures to share her insights into being Black and British in the BBC Two Series ‘Black is the New Black’.

In addition to her broadcast commitments, Denise has taken on the role of ambassador and patron for several initiatives, events and charities. In 2014, Denise was announced as ambassador for the Investec Epsom Derby and QIPCO Champions Day at Ascot and in the same year, Denise took on a similar ambassadorial role for 2014’s Telegraph Be: Fit event, a female health and fitness convention, which carried through to 2015.

Charitable work is close to Denise’s heart and she works closely with Breast Cancer Care and Sparks and she is the President of Commonwealth Games England.