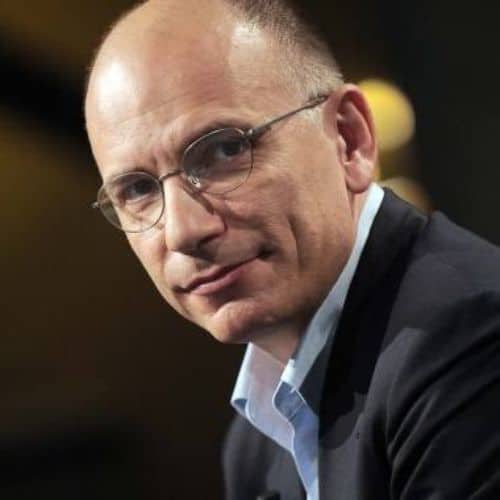 Author of various political publications, former Italian Prime Minister, who led a grand coalition from 2013 to 2014. Professor Letta is a member of the Democratic Party and has held various ministerial roles throughout his political career

Enrico Letta is former Italian Prime Minister who led a grand coalition from 2013 to 2014.

Enrico Letta is a former Prime Minister of Italy from 2013 to 2014. He led a grand coalition comprising of the centre-left Democratic Party, the centre-right People of Freedom and the centrist Civic Choice.

He is a founding member of the Democratic Party and formerly belonged to the Christian Democracy and the Italian People’s Party.

Professor Letta is also an author of various political publications including his latest book “Go along, go away” in 2015.

Throughout his political career has held various ministerial roles including Minister of European Affairs from 1998 to 1999 and Minister of Industry from 1999 to 2001. Professor Letta also served as Secretary to the Council of Ministers from 2006 to 2008. He has also been a Member of the Chamber of Deputies since 2006.

Professor Letta is the secretary general of the think tank Agenzia di Ricerche e Legislazione (AREL). He is also the Dean of the Paris School of International Affairs (PSIA) at Sciences Po in Paris.

He is married to Gianna Fregonara and they have three children, Giacomo, Lorenzo and Francesco Letta.