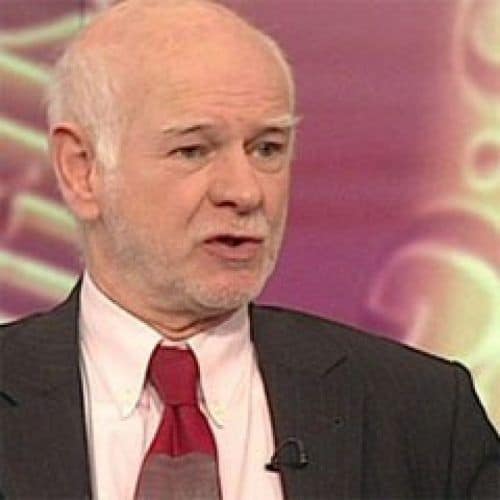 Former Deputy Governor of the Bank of England, Chairman of the Financial Services Authority

Sir Howard Davies is a leading economist with a deep understanding of financial markets in Europe and the effects of globalization.

Confidence, experience and knowledge make Sir Howard Davies an unmissable speaker for those with a background, future, or general interest in economics.

Sir Howard Davies is one of the most influential economists of our time and has occupied some of the most responsible roles in his field. Sir Howard Davies is currently a Professor of practice at the prestigious Institut d’Etudes Politiques in Paris (Sciences Po), where he teaches courses in the regulation of financial markets and in central banking in the Paris School of International Affairs.

He is Chairman of the Phoenix Group of Life Insurance Companies, and Chair of the UK airport commission which make recommendations to the British government on airport capacity, environmental impact, economic and social cost as well as considering operational, commercial and technical viability. Sir Howard was Director of the London School of Economics from 2003 to 2011. He was executive chairman of the Financial Services Authority (FSA) from 1997 to 2003 and Deputy Governor of the Bank of England from 1995 to 1997.

Howard John Davies was born on February 12th 1951. He was academically capable and attended Manchester Grammar School before travelling to Newfoundland, where he attended the Memorial University. Following this, he continued his education, achieving an M.A. in modern languages and modern history at Oxford Universitys Merton College. His ability did not go unnoticed and he was then able to attend Stanford Graduate School of Business on a Harkness Fellowship, where he gained his M.S. in management sciences.

Davies has been immortalised as a character in the play The Power of Yes by David Hare.

In 2004, Davies became an Honorary Fellow of Merton College, Oxford and became a non-executive Director of Morgan Stanley. He is on the advisory boards of the Government Investment Corporation of Singapore, of the China Banking Regulatory Commission, of the China Securities Regulatory Commission and of the Royal National Theatre. He became a non-executive director of Prudential Plc in 2010 and of Jackson National Life Insurance Company in 2011. Davies is a member of the Royal Academy of Musics governing body. Currently he is a professor at the Institut d’Etudes Politiques in Paris.

Davies is married and has two sons.

The Changing Face of Financial Regulation