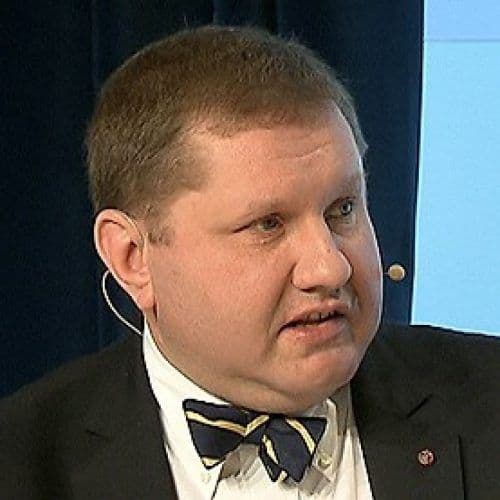 Konstantin von Eggert has spent his career in the media working for Izvestia Daily, the BBC, Kommersant FM radio and commentating for the International Herald Tribune, The Times of London, The FT other major radio and TV networks.

Konstantin von Eggert is an engaging, well-informed and witty public speaker with first hand experience of many events and personalities in Russia, the post-Soviet space as well as Central Russia.

The former Deputy Editor, then Editor-in-Chief for Kommersant FM radio in Moscow, Russia’s premiere 24-hour news station, von Eggert is now a consultant dealing with communications, reputation management and political risks for major investors in Russia and the CIS.

Former Vice-President for Public and Government Affairs for ExxonMobil Russia Inc., in charge of relations with the Russian Government, communications, political and economic analysis and charity projects.

Former Senior Correspondent, and then Editor-in-Chief of the BBC Russian Service Moscow bureau. Presented Utro na BBC (BBC Morning), the Russian Service flagship morning news and current affairs program. Whilst with the BBC, Konstantin spearheaded live coverage of some of the most dramatic events of the last few decades, including the resignation of Russian President Boris Yeltsin, the Moscow theatre hostage crisis in 2002 and US Presidential elections in 2008.

Diplomatic Correspondent, and later Deputy Foreign Editor of Izvestia daily. Also comments on Russia-related issues for the “International Herald Tribune”, The Times of London, The Financial Times, Milliyet, Helsingin Sanomaat and regularly appears on the BBC, NPR and other major TV and radio networks.

Konstantin is a member of Chatham House – Royal Institute of International Affairs (London); member of the Editorial Board of Pro et Contra, the Carnegie Moscow Centre journal; member of the editorial board of the Security Index quarterly of the Centre for Political Studies in Russia.

He is also a successful events moderator in both Russian and English.

Geopolitics of the post-Soviet space