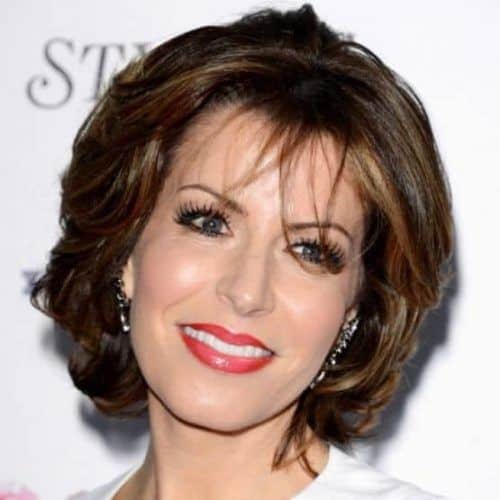 One of the nation’s favourite newsreaders and presenters, Natasha Kaplinsky is an exceptional speaker and a fantastic awards host

An experienced and popular newsreader and presenter, Natasha Kaplinsky is also known for winning BBC One’s Strictly Come Dancing in 2004.

Currently working on a freelance basis with ITV News, she is in demand as a speaker and as an awards host, her natural charm and ability to connect to an audience captivating listeners from all backgrounds.

Currently working on a freelance basis for ITV News, Natasha Kaplinsky is one of the UK’s best-known and most respected newsreaders. During her career, she has worked for numerous channels and has presented major news bulletins on BBC One. In 2004, Kaplinsky won the first series of Strictly Come Dancing with dance partner Brendan Cole; in the same year, she was presented with numerous awards, including the prestigious Newscaster of the Year award from the Television and Radio Industries Club (TRIC).

Having begun her career in television hosting youth show F2F alongside Sacha Baron Cohen, Kaplinsky soon realised that she was drawn to news reading and began working for Meridian news. In such roles, ability speaks for itself and after three short years she transferred to the ITV News network and then onto Sky News Live at Five and Sunrise shows. It was during Kaplinsky’s involvement with the channel that it was awarded the Best News Channel BAFTA.

Kaplinsky joined the BBC Breakfast team in 2002 and made a number of appearances as a news reader on the News at Six, the Ten O’Clock News and the One O’Clock News. In 2007, she moved to Five News, where she remained until 2010. Since 2011, she has occupied her current role as a freelance news reader for ITV News. During her career, Kaplinsky has appeared on numerous TV shows and presented live and charity events, many of which are listed below in our Positions and Honours section.