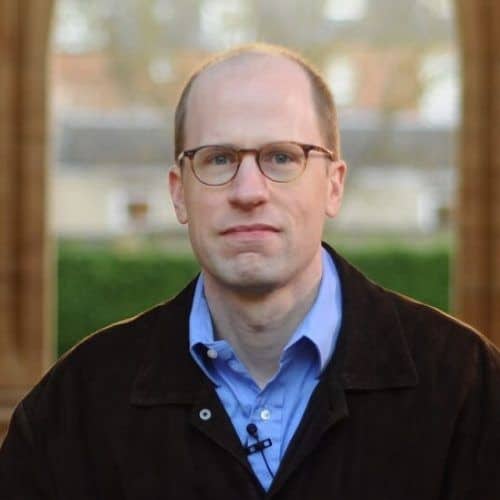 Best-selling author of over two hundred publications, Professor and founding director of the Future of Humanity Institute at Oxford University

Nick Bostrom is the best-selling author of “Superintelligence: Paths, Dangers, Strategies” and over two hundred other publications.

He is the founding director of the Future of Humanity Institute and Professor at Oxford University and also directs the Strategic Artificial Intelligence Research Center.

Nick Bostrom is a best-selling author, speaker and the founding director of the Future of Humanity Institute and Professor at Oxford University.

He is the author of New York Times best-selling book “Superintelligence: Paths, Dangers, Strategies” and with his background in physics, computational neuroscience, mathematical logic and philosophy has written two hundred other publications.

Since 2015, he has also directed the Strategic Artificial Intelligence Research Center which is a multidisciplinary research center which enables a set of exceptional mathematicians, philosophers, and scientists to think about the global issues and priorities that effect humanity. He was the cofounder along with David Pearce of the World Transhumanist Association, a nonprofit organization and was also involved in founding the Institute for Ethics and Emerging Technologies, a nonprofit virtual think tank.

Nick is the recipient of the Eugene R. Gannon Award and has been twice listed on Foreign Policy’s Top 100 Global Thinkers list. He has also been included on the Prospect magazine’s World Thinkers list, the youngest person in the top 15 from all fields and the highest-ranked analytic philosopher. His writings have been translated into twenty four languages and there have been over one hundred translations and reprints of his works.

Implications of consequentialism for global strategy