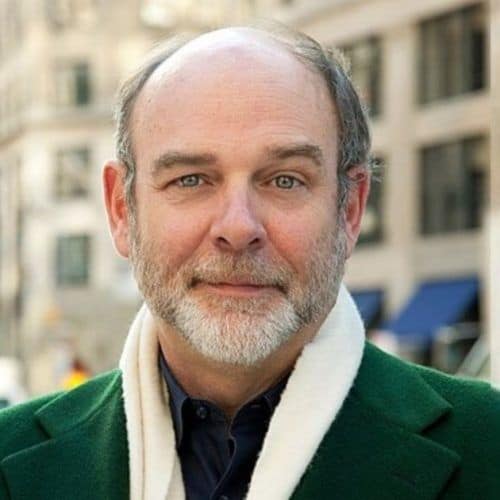 A World renowned specialist in consumer behaviour and environmental psychology

Paco Underhill is one of the era’s leading shopping anthropologists, and the founding president of Envirosell, the New York-based behavioral research and consultancy firm focused on commercial environments.

His first book, Why We Buy: The Science of Shopping, was an internationally-recognized best-seller and has been published in 27 languages. His book, Call of the Mall: The Geography of Shopping, was released in 2004 and has been called a humorous walking tour of an American shopping mall. His newest book, What Women Want, focuses on how the shifting status of women affects the physical world we live in. The success of his books and his retail insight makes him a highly sought-after resource and his columns and editorials have appeared in The New York Times, Money Magazine, The Washington Post and The Wall Street Journal.

He is an expert on global consumer trends, and tailors his presentations to the specific needs of his clients. Whether he is working with McDonald’s, Starbucks, Estée Lauder, Bloomingdale’s, or Blockbuster, Underhill provides companies with the insight needed to truly understand their customers.

A highly-regarded speaker, Paco has delivered keynote speeches at conferences, universities, and corporations spanning the globe for over a decade. From buying behavior to consumerism in the modern world, Underhill’s insightful and entertaining presentations have been lauded worldwide.

Packed with surprising details, anecdotes, important lessons, and groundbreaking observations on shopping and corporate behavior, Paco’s speeches give those in attendance a peek into the mind that set a new standard in the industry nearly 30 years ago, and who is the guiding visionary for Envirosell and its approach to research. His expertise is beneficial for any organization that serves consumers in an online or in store retail environment.

Paco has more than 20 years of experience in research and consulting. In 1975, he became a member of Project for Public Spaces; a New York-based firm specializing in land use planning and management. In 1977 and 1978 as a part-time instructor, Underhill taught in the Doctoral Program in Environmental Psychology at City University, where he supervised a series of research projects ranging from playground evaluations to the effects of commercial window displays.

In 1979, Underhill formed Environmental Analysis & Planning Consultants and began to apply his research methodologies to issues he had developed in retail environments. The firm changed its name in 1989 to Envirosell, Inc. The organization has become a leading research and consulting agency for stores, banks, restaurants, and consumer product manufacturers.

Why We Buy: The Science of Shopping

Based on his best selling book, Paco Underhill reveals how to keep your changing customers and entice new and eager ones. Get fresh observations and important lessons from the cutting edge of retail, including what retailers are doing right and what they’re doing wrong, and how nearly every Internet retailer from iTunes to Amazon can drastically improve how it serves its customers.

Underhill also takes audiences on a guided tour of the most innovative stores, malls and retail environments around the world – almost all of which are springing up in countries where prosperity is new.

Retail Banking in the 21st Century

The world grows and changes every day; so does the state of retail. The flexibility to adapt to tomorrow’s changes comes from having a solid footing today. Paco Underhill reveals the trends to watch for to stay on the cutting edge – from changing consumers and communication to leadership issues and human behavior – and shares with audiences the retail tools of tomorrow.

The Future of Travel

The Crisis of Market Research