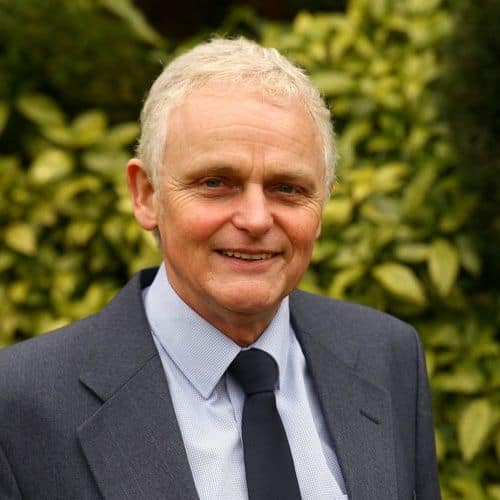 He is the CEO of Chimp Management Limited and a consultant psychiatrist working in elite sport with organisations such as Liverpool Football Club, England Football and Sky ProCycling.

Peters’ career began with teaching Mathematics and then moved on to Medicine. He has worked in the clinical field of Psychiatry for the past twenty years.

He has degrees in Mathematics, Medicine and a Masters Degree in Medical Education, with postgraduate qualifications in Sports Medicine, Education and Psychiatry.

He is a member of the Royal College and is on the question setting board for College Membership exams.

Professor Steve Peters is a charismatic and thought provoking speaker who offers a unique method for transforming thinking and optimising mental performance.

The Chimp Paradox is a ground breaking mind model that lies at the heart of much of Peters’ work. It portrays the irrational, emotional side of your personality as a chimp and trains you how to control it. Crucially, it is not a book about sport and so despite the success Peters has had with celebrated cyclists and snooker players like Ronnie O’Sullivan, its lessons can be applied anywhere.

It enables business leaders to operate with greater control, focus and confidence and ultimately to perform better.

Victoria Pendleton calls Peters “the most important person in my career” and Sir Chris Hoy says, “Without Steve I don’t think I could have brought home triple gold from Beijing.”

Dubbed the ‘mechanic of the mind’ Steve Peters’ other activities include teaching at Sheffield University and working at Rampton High Security Hospital dealing with patients suffering from serious personality disorders.

Mechanics of the mind