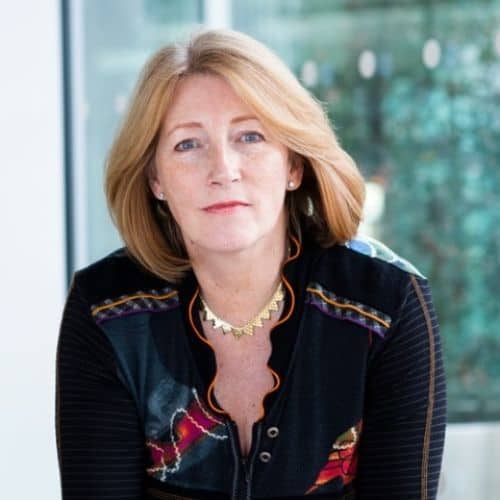 Sue is one of the world’s leading expert practitioners in developing sustainability strategies in major companies and aligning them with business objectives. She runs her own consultancy business; her clients currently include Mars, Primark, O2, RBS, Jersey Telecom, and Danone. She is an independent advisor on sustainability strategy, working with major businesses that are seeking to step up on their sustainability ambitions and performance.

Who is Sue Garrard?

Sue Garrard was, until Autumn 2018, EVP Sustainable Business and Communications at Unilever. She is now pursuing a portfolio career, centred on helping other companies step change their strategy and commitment to sustainability. She is working privately with FTSE 100 companies. She also tutors for the University of Cambridge’s Sustainability Leadership Institute (CISL), is an active Trustee for the charity Blueprint for Better Business, and advises a range of sustainability related start-up projects on a pro-bono basis.

Sue was one of the first external hires handpicked by the new CEO, Paul Polman, to help deliver his vision. In her role at Unilever Sue was responsible for leading and embedding the company’s ambitious USLP (Unilever Sustainable Living Plan) into the business and ensuring progress against its 70-plus time bound targets.

She was also responsible for teams in 180 markets who engage with Governments and key external stakeholders; lead employee engagement; handle the media; and are accountable for issues and crisis management. She was part of the four-strong executive team that led the rebuttal of the hostile takeover bid by Kraft Heinz and managed its significant aftermath.

In particular, Sue was responsible for establishing sustainability as a driver of brand growth. By the end of 2017 its ‘sustainable living brands’ were growing 50% faster than its other brands and representing 70% of the company’s growth.

For her final year at Unilever Sue led the work to develop Unilever’s next sustainability plan, the successor to their current USLP which expires in 2020. In this work she has engaged with many of the leading authorities worldwide on the social and environmental aspects of sustainability and the SDGs.

Sue was one of the founders of the independent not for profit organisation, Blueprint for Better Business, and remains a Trustee. She is also a Senior Associate at the University of Cambridge Institute for Sustainability Leadership, and a Fellow of the RSA. She was Vice Chair of the Advertising Association from September 2014 to September 2018. And until 2014 Sue was also a Non-Executive Director of the Serious & Organised Crime Agency.

Sue has an unusual background, with two spells in the public sector, and roles in advertising and public affairs agencies in the private sector. Sue’s last role in the public sector was as the Director General for Customer Strategy and Communications at the Department of Work and Pensions, from 2006 to 2011.

Before that, Sue held Board level positions in Fishburn Hedges, a public affairs and PR agency, and in the highly acclaimed advertising agency AMV. Sue started her career as a civil servant in the Department of Energy, most latterly on the team that privatised British Gas, and was the marketing lead for the ‘Tell Sid’ campaign.

How to create sustainability strategies that align with business objectives

Embedding Sustainability Across the Business

Sustainability is Good for Business

What businesses can do now to be more sustainable