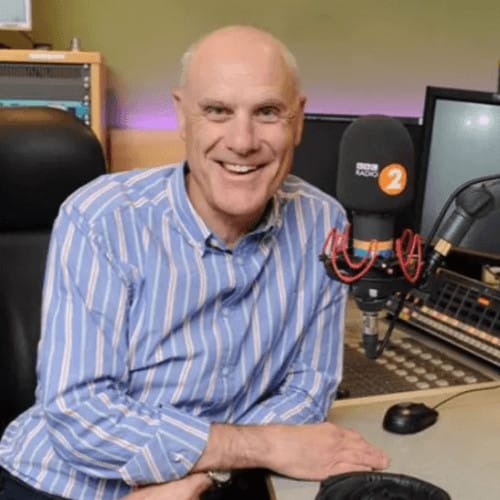 Tim Smith has worked with some of the biggest names in British Broadcasting. Early in his career, Tim graduated to presenting on BBC Radio 1 and presenting his own afternoon show for the BBC’s GLR, where he co-hosted the Sony-nominated ‘Picture Show’.

For 13 years, Tim presented the ‘UK Top 20 Chart Show’ on the BBC World Service and was the host of Popcall on BBC Radio 5. Versatile and in demand, he has also presented for BBC and commercial stations across the country.

For the past two decades, he has been a familiar voice to millions of listeners, co-presenting on the legendary Steve Wright Show on BBC Radio 2. He also presented many other programmes on the network.

He has twice co-hosted coverage of the Wimbledon tennis championships on the official Wimbledon website, covered the 2000 Open Golf Championship at St Andrews for the official R & A Website and anchored the on-course radio coverage at the 2001 Open from Royal Lytham.

Tim currently presents a series of podcasts for some of the biggest companies in the UK, including BAE Systems, Network Rail, BT, Jaguar Land Rover, Diageo, UK Power Networks and McVities.