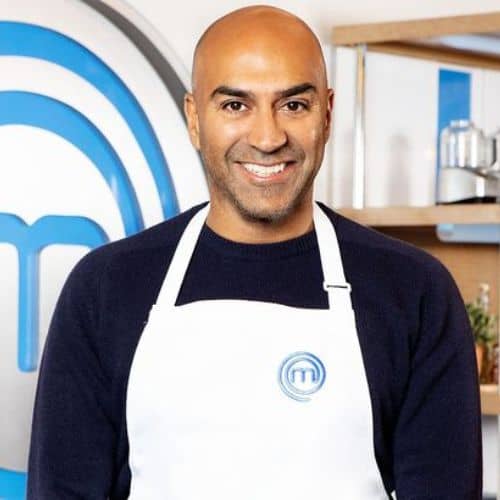 Amar Latif is a blind traveller, entrepreneur and television presenter with an astonishing track record of facing up to major challenges. Due to an incurable eye condition, Amar lost 95% of his sight by the age of 18. Through sheer determination, he has managed to turn an unpromising tale of loss, into one of inspirational achievement.

"What a great session! I can’t think of anyone at Macquarie who isn’t feeling more positive and inspired after watching Amar."

"I have done lots of briefing calls with speakers but it was obvious that Amar had really listened and taken on board what we discussed. He tailored the session right from the beginning and included our theme of superheroes into his talk, which meant that people were invested right from the start. Amar was a perfect fit for our values and I'm sure he'll inspire us all throughout."

"The positive response and engagement we have received from attendees and colleagues during the event, demonstrate that ODP Reach was well-received. I am in no doubt that your participation contributed significantly to this success. I felt the event was truly inspirational, brilliantly delivered and sensitively handled."

Amar became known to millions through the groundbreaking BBC2 reality series, Beyond Boundaries, a jungle endurance expedition across Central America. Screened worldwide, this was a gruelling 220-mile trek on foot across the rugged interior of Nicaragua, from the Atlantic to the Pacific coast. Amar had to ford swollen rivers, climb a 5,000 ft. active volcano and navigate the second largest lake in Latin America.

Most recently, Amar took part in Celebrity MasterChef, their first blind contestant, reaching the semi final and the final six of the competition, attracting a legion of fans along the way. 2019 saw him team up with comedian Sara Pascoe in Travelling Blind to lead this BBC documentary through some of Turkey’s most famous attractions, all in the name of showing Sara (and the hundreds of thousands of viewers who tuned in to join them) exactly how much there is to be gained by stepping out of your comfort zone and opening yourself up to new ways of seeing the world.

Amar was told that blind people couldn’t be accountants but he defied that, studying Maths and Finance at Strathclyde University. Proving everyone wrong, Amar spent seven years working at BT, finally heading up their Finance Division – managing a team of seven accountants and financial responsibility for multi million pound business deals.

In 2004, Amar founded Traveleyes, the world’s first commercial tour operator to specialise in holidays for blind as well as sighted travellers. Traveleyes has opened the holiday travel industry to millions of blind and partially sighted people around the world, giving them the opportunity to walk with lions in Africa, sail the Ionian Sea and ski down Europe’s highest mountains.

For his entrepreneurial achievements, Amar received The Outstanding Young Person of the World accolade (Business/Entrepreneurial category) from the Chamber of Commerce International and the prestigious Stelios Disabled Entrepreneur Award, presented by Sir Stelios Haji-Ioannou.

Amar works with schools around the world taking students on a wide range of travel adventures whilst having them describe the sights to other blind travellers. By broadening the mindset of young people today, Amar hopes to create a more accessible world for those with vision impairment in the future.

In presentations, Amar shows that determination and the right attitude can take you far in life. He has spoken for audiences from around the world, from Goldman Sachs and Lloyds Banking Group to the United Nations.