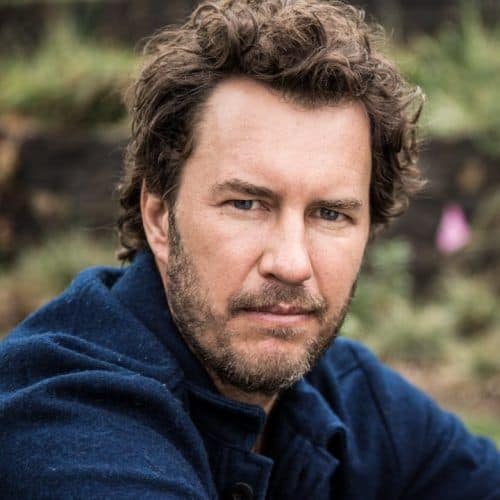 Best-selling author of ‘Start Something That Matters’, founder and chief shoe giver of TOMS and co-founder of MadeFor

Blake Mycoskie is a serial entrepreneur, philanthropist, and best-selling author most known for founding TOMS Shoes and is the person behind the idea of One for One®, a business model that helps a person in need with every product purchased.

"Blake is the perfect speaker for your next meeting. He was insightful, funny, and had a fantastic rapport with the crowd. He connected with the audience with an open, conversational style that kept everyone engaged. Whether you want to hear about Tom's, entrepreneurship, or doing good - he's the guy you need."

"Having Blake at our executive retreat was a great decision. His passion for doing something that matters was inspiring and engaging. No matter how seasoned an executive you are, Blake's entrepreneurial approach to business is a true example for all of us."

"Blake was wonderful! He established an immediate and warm connection with our students, provided a genuine, heartfelt life story connected to business principles. An absolute cannot miss speaker. The best part? His message has been sustained and we continue to prosper from his visit!"

"One of the most interesting entrepreneurs [I've] ever met."

A simple idea grew into a global movement: While traveling in Argentina in 2006, Blake witnessed the hardships faced by children growing up without shoes. His solution to the problem was simple, yet revolutionary: to create a for-profit business that was sustainable and not reliant on donations. Blake’s vision soon turned into the simple business idea that provided the powerful foundation for TOMS.

Since its inception, TOMS Shoes has provided almost 96 million pairs of shoes to children around the globe. In 2014, after selling half of the company to Bain Capital, Blake stepped down as CEO of TOMS. Utilizing half of his proceeds, he started the Social Entrepreneurship Fund to help early startups with core social missions get off the ground with much-needed funding. Since then, he has invested in over 25 social enterprises.

Blake went on to realize for the first time in eighteen years, he wasn’t actively starting or growing a company. During this transition period, a new mission was born. In the spring of 2020, Blake co-founded his newest company, Madefor. A ten-month program that applies the principles of modern neuroscience, psychology, and physiology to make your brain and body better. Created alongside scientists from Stanford, Harvard and other top universities, Madefor helps people learn and sustain positive habits and practices that have the greatest impact on their lives.

Blake is a New York Times best-selling author with his book, Start Something That Matters, published in 2011 – which offered his own story of inspiration, and the power of incorporating giving in business. Blake has achieved numerous accolades for his unique approach to business including the Secretary of State’s 2009 Award of Corporate Excellence, the 2015 Next Generation Award from Harvard’s School of Public Health, the 2016 Cannes Lion Heart Award and the 2018 amfAR Award of Courage. Blake has also been featured in People Magazine in the “Heroes Among Us” section and in Fortune Magazine’s “40 Under 40”, among others.

Blake also recently expanded his philanthropic efforts to include the funding of the Center for Psychedelic and Consciousness Research at Johns Hopkins, making it the first such research center in the US and the largest of its kind in the world.

Born and raised in Texas, Blake now resides in Jackson, Wyoming with his family, dogs, and horses. In his free time, you can find him outside enjoying nature whether it is rock climbing, surfing or snowboarding.

The Power of Ideas – from TOMS to Madefor

If the lifeblood of an entrepreneur is the idea, the oxygen that can sustain them is the belief that their ideas can change the world for the better. As we navigate life searching for purpose and meaning, and chasing conventional notions of success in the process, ideas come and go from our consciousness, but some stick, and if we are lucky enough, or perhaps brave enough, we act on those ideas and they become something transformative.

The power of ideas is what drove Blake Mycoskie to start TOMS (and give over ninety million pairs of shoes to kids in the process), to write Start Something that Matters, to take on various social causes through philanthropy, and most recently to start his latest company, Madefor.

You may think you know Blake Mycoskie — serial entrepreneur, participant on the Amazing Race, Founder of TOMS, author of Start Something that Matters, father, philanthropist, adventurer — but those are only parts of his story. Despite checking all the boxes we’re all taught to try to check, he’s continued a lifelong journey of exploration and personal transformation, and in doing so realized there’s way more to life than that. Through his talk, The Power of Ideas, Blake will share his quest to go within and beyond, and relate it to what it may mean for you as you search for meaning, connection, contribution and happiness in your own life.

What are you made for?

You were made for more.

The Power of Giving: Conscious Capitalism and the Future of Business

In this visionary talk, Blake Mycoskie shows you how to succeed in a new era of relentless competition and heightened social awareness.

At TOMS — a self-sustaining, for-profit company — the act of giving is the cornerstone of its business model, integral to its financial success. In a behind-the-scenes look at how it all works, Mycoskie shares counter-intuitive ideas (“In tough times, give more”) that you can apply to your own business. His bold, winning strategies are proven and have been talked about by Bill Clinton, the Obama administration, and the hundreds of thousands of customers that have joined the TOMS Movement by buying a pair of shoes.

Inspired, inspiring and most of all practical, Mycoskie presents a new direction for business; offering TOMS as his prime case study. After hearing him speak, you will know why giving just makes sense.

How do you turn ideas into great businesses? And how do you create businesses that people love, and love to talk about? In this keynote, serial entrepreneur Blake Mycoskie shares his secrets for starting, growing, and sustaining new businesses. Before TOMS Shoes, Mycoskie ran a successful national campus laundry service, sold a media company to Clear Channel, and ran an online driving school featuring hybrid cars. Where did each idea come from, and what is the common thread connecting their success? With infectious enthusiasm, hard-won lessons, and a generous sense of encouragement, Mycoskie lets you in on the proven tactics he’s used to becoming one of the new faces of American entrepreneurism.