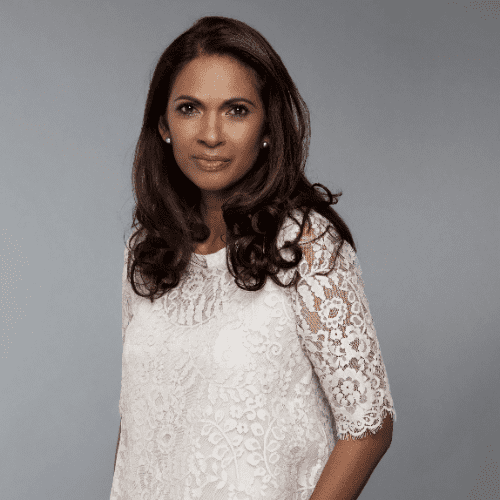 Gina Miller is a dynamic businesswoman, activist and now, UK political party leader. She co-founded SCM Direct in 2009 as a democratising, modern wealth management company with values rooted in honesty, fairness, and transparency to counter issues in the sector that contributed to poor consumer outcomes and the Global Financial Crisis 2007/8.

"She [Gina Miller] was simply outstanding. Compelling narrative - which had some of the room in tears - and so insightful and inspiring. Couldn’t be happier."

In June 2021, Gina launched the female-focused sister-brand called MoneyShe dedicated to empowering women and educating them on topics such as investing and pensions, so they are better able to look after their financial health. But her career in Financial Services stretches back to 1996 when she started a specialist financial services marketing agency, SWAY.

In 2012, Gina co-founded the True and Fair Campaign aimed at increasing UK investor and pension protection and increasing governance and regulations within the financial services sector. The campaign drafted text included in three EU Directives (Article 24 of MiFID II, PRIPS and The Shareholder Directive) that improved the outcomes for investors across the EU. Armed with a strong sense of corporate responsibility, Gina continues to be a vocal voice in the UK investment and pensions industry, challenging the unfair treatment of ordinary UK savers and investors and the inaction of the regulator.

Her campaigning has led to successful outcomes on issues as diverse as modern-day slavery, domestic violence, special needs, inequality, social justice, and online abuse. Her work in the charity sector over the last 20 years has helped improve governance, sustainability and safeguarding.

Gina became a household name in 2017 after taking the UK Government to the Supreme Court and again in 2019, securing historic constitutional victories and prohibiting two UK Prime Ministers putting themselves above the law. Both legal challenges were to protect Parliament’s sovereignty, and she continues to work on preserving constitutional, democratic and civil rights safeguards.

In between the cases, Gina published her memoir ‘Rise: Life Lessons in Speaking Out, Standing Tall & Leading the Way’ with many people praising her honesty, resilience and desire to encourage women and men to speak up for themselves and others, even in the face of abuse and denigration.

In January 2022, Gina launched a radical new political party, the True & Fair Party, with the strap ‘we deserve better’ to modernise and cleaning up politics and put fairness back at the heart of UK politics. Most recently, in March 2022, a play based on Gina Miller and Theresa May called Bloody Difficult Women hit the London stage to rave review and sold-out audiences.