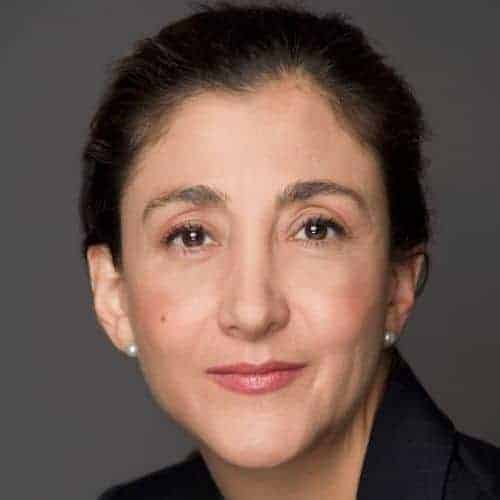 An unbreakable spirit and a foremost human rights activist, former hostage and politician Ingrid Betancourt is one of the world’s most sought after speakers.

Having been the longest held female hostage and a fearless politician, Ingrid Betancourt now draws upon her experiences to motivate and assist others, campaigning for human rights and highlighting areas in which violations still occur globally. Internationally applauded for her commitment to the values of freedom, tolerance and democracy, Betancourt is uniquely placed to deliver life affirming and truly inspirational talks.

On February 23, 2002, Ingrid Betancourt had been campaigning for the presidency of Colombia when was kidnapped by the Revolutionary Armed Forces of Colombia (FARC). Betancourts indomitable spirit kept her striving for freedom throughout the six years as a hostage which followed; deep in the Colombian rainforest, she was held prisoner by FARC. It was not until July 2, 2008 that she was rescued by the Colombian army along with 14 fellow hostages, so it is little wonder that her experiences have shaped her character and made her more determined than ever to strive for human rights the world over. Tellingly, Betancourt does not seek revenge against her captors instead she has sought to promote dialogue between FARC and the government, with the aim of reducing conflict and encouraging reconciliation. Since her release she has campaigned for the release of numerous other hostages by ensuring that the public are aware of their plight and has sought to encourage the use of non-violent conflict resolution the world over.

Now an international symbol of the human spirit, bravery and dignity, Betancourt is keen to inspire others to fight for democracy and peace and is an advocate of human rights. She has received numerous awards and was nominated for the Nobel Peace Prize in 2008. Her message to all people is clear dialogue and democracy are the way to make a stand and to preserve both relationships and lives during conflicts.