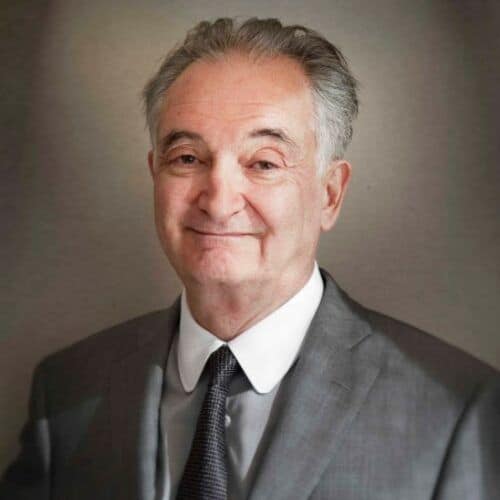 Jacques is a French economist and prolific writer who has played a key role as a Presidential advisor.

Jacques is the CEO of A&A, an international strategy consulting firm based in Paris and CEO of PlaNet Finance, a not-for-profit organization enabling those excluded from financial services through poverty, to get access to loans.

He speaks on a wide range of topics including; the future of Europe and the Challenges of Globalisation with immense energy, intelligence and charm.

Jacques is a cultured renaissance man with an enthusiasm for economics, literature, music and politics. He was a highly trusted advisor to President Francois Mitterand organizing the G7 summit in Paris in 1982 and launching the European programme Eureka in 1984 which was dedicated to furthering European research and development in new technologies the MP3 was among its successes.

In 1990 he gave up politics to found the European Bank for Reconstruction and Development in London – a development bank dedicated to rebuilding Eastern Europe and he became its first President.

In 2007 President Nicolas Sarkozy invited him to set up a Commission looking at options for transforming the French economy.

He is an Honorary Member of the French Council of State and the author of at least 50 books he is a contributing editor to the magazine LExpress and has been named one of the top 100 public intellectuals in the world twice by Foreign Policy Magazine.

His charity work includes setting up Action Contre la Faim in 1980 and an international programme of action against the floods in Bangladesh in 1989.

Jacques Attali has a doctorate in Economics and has taught economic theory at some of the most prestigious French institutions. He is a director of the Muse d’Orsay and of the Grenoble University orchestra.

The Future of Europe

Understanding the Path of Ignorance

A Geo-political Analysis of Globalisation

The Danger of the Uncontrolled Use of Nuclear Energy

The Influence of Internet and Its Consequences