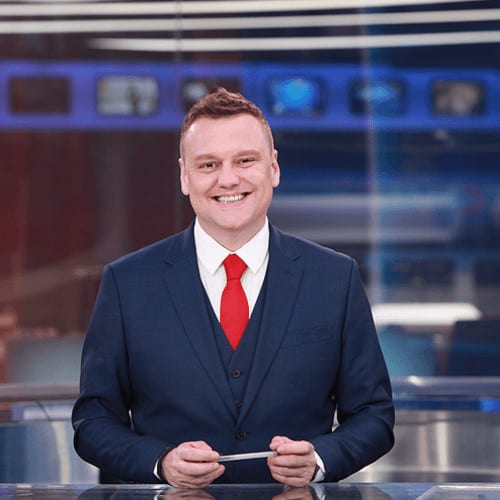 Jeff is an international news anchor for the Chinese broadcaster CGTN, based in Beijing. Regularly voted best presenter on the network, he is the only non-Chinese anchor to host CGTN’s flagship discussion shows.

At ease with breaking news, Jeff regularly hosts Chinese Terminology – a series involving heavy use of graphics and CGI. He is also one of the network’s go-to anchors for Brexit coverage, which often involves the use of the video wall.

He has presented from the field and hosted ten live shows a day from a tour bus, travelling from one end of China to the other.

Jeff worked for many years at ITN and has a wealth of presenting experience, including the international broadcaster Arise News, Five News Breakfast and ITV Meridian.

He has worked across many TV genres reporting on the BBC’s Liquid News, Wish You Were and specialising in consumer affairs at Meridian.

Jeff started out in radio in San Francisco and has been an actor and after dinner speaker. He is a consummate corporate host, able to moderate and present at a huge range of conferences and other events.