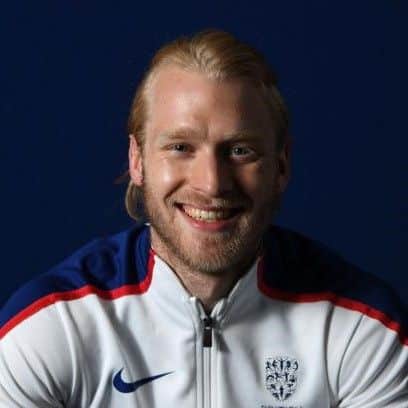 As a young and successful Paralympian, Jonnie Peacock is well placed to give inspirational talks about overcoming adversity, motivation in training and achieving the best. A Paralympic gold medallist who has refused to let his amputation hold him back from his sporting career, the future looks to hold many more great sporting achievements for this talented young athlete.

A Will To Succeed

Born in Cambridge on the 28th of May 1993, Jonnie Peacock was born with the full use of both his legs. When he was five he contracted meningococcal septicaemia which severely affected his right leg. Doctors were able to save Jonnie but not his right leg and it was amputated below the knee. He had to learn to walk using a prosthesis, something which he adapted to well due to his young age.

As he adapted to life with a prosthetic lower leg, Jonnie found that he was still drawn to sport and physical activities. He played for his schools football and rugby teams and later for his local football team.

In 2008, Jonnie discussed his love of sport with his hospital and learned of a talent spotting event taking place in Mile End, London for those interested in disability sport. He attended the event and took part in the 60 metre sprint, pistol shooting and wheelchair tennis. He aimed to impress and clearly had done he was soon invited to take part in the Paralympic Association trials. He won a place on a five month programme designed to hone athletes in readiness for competition. It was at the programme that he joined UK Athletics and began training in earnest, specifically in the 100 metre sprint.

Jonnie’s natural talent was apparent and he achieved fifth place in the finals of his first major competition, the IPC World Championship in 2011. In order to achieve this place he completed the sprint in 11.63 seconds, under half a second slower than legend Oscar Pistorius. Jonnie went on to beat his own time at the 2011 London Grand Prix (11.51 seconds) and at the Paralympic World Cup in 2012 (11.32 seconds). The latter of these two times beat the existing European record. At the 2012 US Paralympic Track and Field Trials, Jonnie broke the amputee racing World Record with a time of 10.85 seconds.

At the Paralymics, Jonnie competed in the T44 category. This category is for those who have undergone amputation of one leg (below the knee) or those with a similar amount of impairment. He competed in the 100 metres and won gold with a time of 10.90 seconds, beating his previous record and setting a new Paralympic record.

Jonnie hopes to continue to succeed at sport and has expressed an interest in the 200 metre sprint.