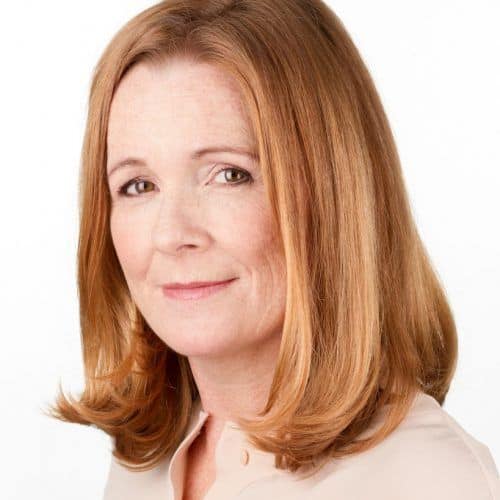 Kirsty is a diverse and unique broadcaster, presenter and facilitator, with an impressive, deep knowledge of politics, economics and current affairs and a passion for the arts. She brings gravitas and professional polish to the Radio 4 arts magazine programme Front Row and is a recognisable face from her BBC World News and Channel 4 news presenting days.

Kirsty Lang is one of Britain’s most versatile presenters and a highly experienced conference chair. She fronts the BBC Radio 4 flagship arts and culture show “Front Row” where she demonstrates her deep knowledge of the arts, music, film and media.

As a former correspondent and presenter on Channel 4 News, BBC Newsnight and The Sunday Times, Kirsty has specialist knowledge of Europe and international current affairs and is well placed to chair panels and conferences on Brexit.

Kirsty began working for the BBC in 1986 as a graduate trainee. She has presented on programmes including Today and The World at One.

In 1989, she became a central European correspondent for the BBC World Service in Budapest. During this time she covered the fall of the Berlin Wall and the Balkans conflict, after this she became a reporter for the BBC’s Newsnight.

Kirsty worked briefly for the Sunday Times in Paris, before joining Channel 4 News in 1998 as a studio presenter and news reporter.

Then in 2002, Kirsty returned to the BBC when the new BBC 4 digital channel was being launched, where she presented the evening news programme World News Today.

Kirsty has recently been appointed as the Chair of the Baltic Centre for Contemporary Arts in Gateshead, Newscastle.

Kirsty has moderated conferences and panels all over the world across the private and public sectors.

Kirsty is married to the journalist and Balkans specialist Misha Glenny.