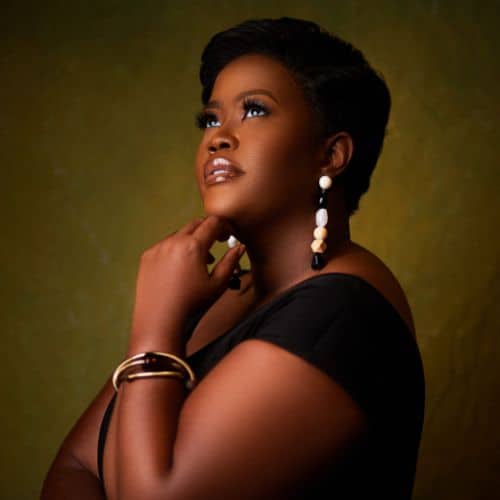 Linda Mabhena-Olagunju is a South African entrepreneur and businesswoman. She is the founder of DLO Energy Resources Group Ltd, an independent power producer. Mabhena-Olagunju currently serves as the company’s chief executive officer.

"Linda has the ability to make complex matters around renewable energy power transactions relatable. She is able to distil complex technical, legal and financial concepts in a manner where her audience is captivated."

"One can’t help but listen when she speaks, invigorating, thought provoking and technically sound as a speaker. I am yet to see another female globally that is able to speak across so many subject matters from energy, infrastructure, board representation , gender and inclusion."

"Linda gave an unusual keynote address it was brilliant, unique and had the audience captivated. She is unconventional as a speaker and that works for her and the audience."

Linda Mabhena-Olagunju is a renowned South African renewable energy entrepreneur, she is the founder and CEO of DLO Energy Resources Group (Pty) Ltd which currently owns and operates one of Africa’s largest wind farms which has a capacity of 244MW.

She is also the owner and operator of South Africa’s first wholly black owned EPC and O&M company that specialises in automation and protection. She is an experienced executive & currently sits on the advisory boards of the University of Oxford as well as Concordia a USA based NGO.

She has been listed in the prestigious Choiseul 100 Africa Economic Leaders for Tomorrow for 3 consecutive years. In 2019 she was recognised by ESI an infrastructure publication as one of Africa’s Power Elites.

In 2015 she was recognised as the ‘Best emerging entrepreneur’ by Forbes Women Africa in the same year her company DLO was also awarded most innovative black business by the Black Business Quarterly. She has also been featured on the front cover Forbes Africa and has been recognised by ESL as 1 of the 50 most influential people in the African Power Sector. In 2014 she was featured on Oprah’s Power List amongst the 20 most powerful women in Africa.

She is an admitted attorney of the high court of South Africa, she holds an LLB from the university of Cape Town (Dean’s Merit List) and an LLM from the University of Aberdeen (First Class).