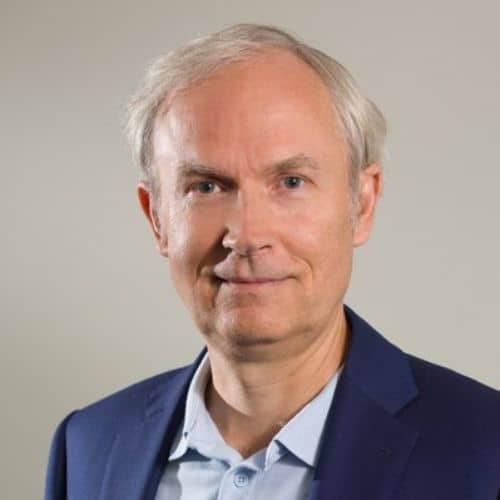 Luke Johnson is a highly successful entrepreneur and the man behind a host of instantly recognizable brands. He is a professional investor with an unrivaled talent for spotting businesses with potential.

"Testimonial for 'Start it Up': Probably the best book available on the subject."

"Testimonial for 'Start it Up': There are very few people who have had more impact than Luke"

"Testimonial for 'Start it Up': The Maverick column displays original thinking that often challenges conventional opinion Luke Johnsons views are provocative and worth reading."

Luke has made his career by turning around under-performing businesses – starting with Pizza Express in 1993 which he took from obscurity to massive success. He started the Strada restaurant chain from scratch and has been involved with smart celebrity restaurants, artisan bakers and even a chain of dental surgeries.

Johnson knows what it takes to be a successful entrepreneur because he is one. As a sharp thinking visionary he has a reputation for knowing which businesses to get involved in, spotting gaps in the market with businesses like Patisserie Valerie and the angel investment network Beer & Partners.

It all began with Pizza Express which he acquired, expanded and floated on the stock exchange – taking the share price from 40p to over 900p.

Since then he has owned and sold a number of the UKs most successful restaurants, from celebrity haunts The Ivy and Le Caprice to Belgo and the pizza chain Strada which he started up himself.

Since 2000 Johnsons private equity house Risk Capital Partners has taken up much of his time. Here he concentrates on spotting the breakthrough companies which he believes are going to create the jobs and wealth of the future. His portfolio of investments includes restaurants like Giraffe and Feng Sushi and GRA Greyhound stadia along with specialist bakeries and a pub group. He is a non-executive director of Metro Bank plc

He was chairman of Channel 4 Television for 6 years and has chaired the Royal Society of Arts. He is also a director of two theatre production partnerships, Playful Productions and Fiery Dragons.

He writes well, speaking up for small business in the weekly Entrepreneur column for the Financial Times and in his articles for Management Today. He wrote the Maverick column for the Sunday Telegraph for eight years and has published a selection of the best in Dispatches From An Unrepentant Capitalist. His book Start it Up Why Running Your Own Business is Easier Than You Think has just been released in its 2nd edition (2013)

He has been Chairman of Action on Addiction and was appointed Chairman of Startup Britain in 2012, the national campaign to stimulate start-up growth in the UK.

He is the son of political columnist and former editor of The New Statesman Paul Johnson. He is on the Sunday Times rich list, lives in London and is married with three children.

Visionary investor, entrepreneur and champion of small businesses.
Author of Start it Up – Why Running Your Own Business is Easier Than You Think now in its 2nd edition 2013
Chairman of private equity house Risk Capital Partners

Luke is a brilliant and fascinating speaker with a breadth of experience few can match.

Economic Crises? - Where to go from here

Leading from the Top

Entrepreneurship - What it takes