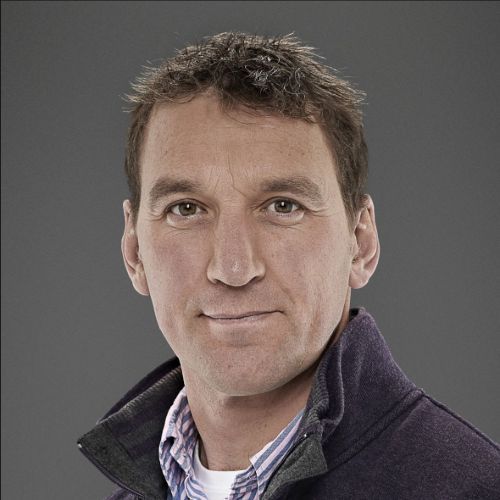 "Matthew's speech was excellent and extremely motivational. He commanded the stage and captivated the audience. I would like to use him for every conference."

"Our thanks for your professional and inspirational contribution to our conference, the combination of your team and individual achievements was entirely appropriate and hit all the right notes."

Matthew began rowing when her was President of the Oxford Rowing Club during his time at University. He took part in the Oxford and Cambridge Boat Race in 1990 and 1991, and lead Oxford to Victory, beating Cambridge by substantial distances.

In 1992, at the age of only 21, Matthew had his first taste of Olympic success, when in a Coxless Pair with partner Sir Steve Redgrave, he won the Gold Medal at the Barcelona Olympics. Prior to that Olympic win he and Redgrave had enjoyed an unbeaten International season and it was obvious that Matthew was becoming one of the world’s greatest oarsmen. This was the beginning of a long partnership, as the outstanding pair took winnings at seven World Championships, and gold medals at the Olympic Games in 1992, 1996, 2000 and 2004.

In August 2000, the month prior to winning gold in Sydney, he took part in a 3-part BBC documentary entitled Gold Fever. This followed the coxless four team made up of Redgrave, James Cracknell and Tim Foster, in the years leading up to the Olympics, including video diaries recording the highs and lows in the quest for what would be Pinsent’s third consecutive gold.

After Sydney, Matthew formed a seemingly invincible Coxless Pair partnership with James Cracknell. Undefeated throughout 2001, they went on to complete a unique feat in the history of rowing, by winning the Coxless Pair at the World Championships in Lucerne, a mere two hours after winning the Coxed Pairs. In the 2001 World Championships in Seville they defended their Coxless Pairs title, beating an experienced Australian crew who had beaten them in Lucerne earlier in the year and breaking the world record by 4 seconds in the process.

Pinsent announced his retirement from rowing in 2004 and was made a Knight Bachelor in the New Year’s Honours list later that year. He had already been appointed an OBE and was raised to CBE. He was awarded the coveted Thomas Keller Medal by the International Rowing Federation in 2005.

Since retiring from rowing, Pinsent has worked for the BBC as a sports bulletin presenter and reporter. His assignments have included interviewing Dwain Chambers for Inside Sport, where Chambers confessed to taking drugs, and visiting gymnastics training centre in China where he found evidence of children being beaten, leading to IOC President Jacques Rogge to order an inquiry.

Pinsent has maintained his ties to rowing as an umpire or commentator of key events on the rowing calendar such as the Olympics, Henley Royal Regatta and The Boat Races. He umpired his first Blue Boat race in 2013.

In June 2012, Pinsent rowed on the Gloriana as part of the royal pageant for the Diamond Jubilee of Elizabeth II. He appeared again on the Gloriana the following month, bearing the Olympic torch as it crossed the river Thames.

Pinsent directed Unbelievable – The Chad Le Clos Story, a documentary following swimmer Chad Le Clos and his family for 18 months in the run up to the 2016 Summer Olympics, which was first broadcast in July 2016. Matthew is an outstanding motivational speaker and after dinner speaker. He has appeared at corporate events for some of the most prestigious UK & International companies such as Proctor & Gamble, IBM, British Telecom, Natwest, Camelot and Lombard.

Pinsent is married to Demetra Koutsoukos, current CEO of the makeup brand Charlotte Tilbury Ltd. The have three children: twin boys, Jonah and Lucas and a daughter, Eve.