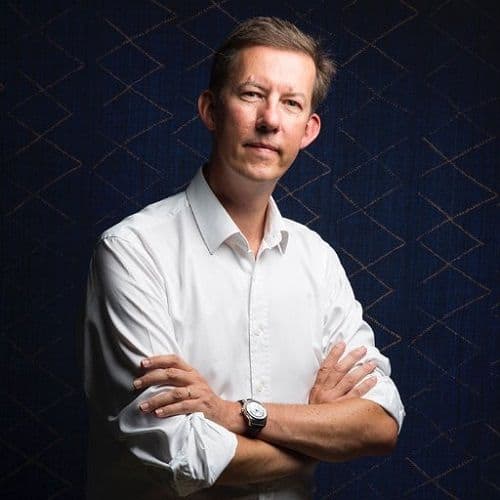 For startups, corporates, and ecosystems, he is recognized as an innovation driven senior advisor, both in the private and public sectors, as well as an inspiring speaker.

Philippe Dewost has a deep experience in deploying for the many, through both scaling and empowering. He built and ran product management for Wanadoo across its first 4 years and first million subscribers. At imsense Ltd. in Cambridge, he turned proprietary, patent protected dynamic range processing into eye-fidelity™ technology, that is used by estimates 1/2 times a day to enhance pictures taken with iPhones.

His conferences and speeches emphasize and inspire a lot on the quest for scaling, building and developing things that last, with a twist on how important it is to understand the stakes of the past 20 years to envision the next 20 months.

While deploying Leonard, VINCI Group’s Corporate Innovation and Transformation Program, he combined a series of exploration groups ranging across 7 key future topics (Autonomous Vehicle, Climatic Resilience, AI, …) with an Intrapreneurship Program currently considered as a reference by other large Corporates.

When it comes to transformation programs, Philippe focuses a lot on people beyond pure technology and employees onboarding challenges. His VINCI tenure has reinforced his expertise in Smart Cities, as well as in Autonomous Vehicle Technology.

He had previously led a €4,25 Bn digital programme for the French Government – the Investments for The Future Program, where he wrote the report for the Prime Minister on how to make France a more attractive destination for innovators, Tech Entrepreneurs and foreign Venture Capital Firms. He then initiated a joint Blockchain R&D effort with 27 institutions and partners.

Philippe is uniquely relevant in sharing inspiring lessons about public driven efforts and governance, digital sovereignty and in innovation ecosystems at large.

A graduate in Physics at Normale Sup (Ulm), former Navigation Officer in the French Navy, Philippe holds a Master in Telecommunications from Telecom ParisTech and a MBA from Collège des Ingénieurs.

Digital Transformation is about People

La French Tech in the making

Innovation: A brief History of the Future

Blockchain is not about technology