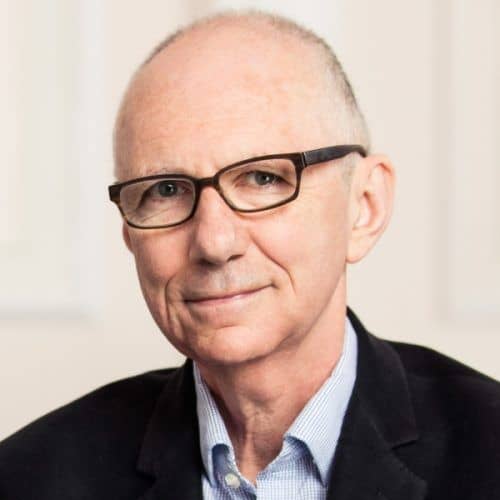 The former Editor at Large of The Times and a journalist with over 35 years of experience, Anatole Kaletsky is also an economist.

His economic commentating has seen him become one of the most applauded specialist journalists of his generation. Determined to ensure quality reporting is available in the digital age, Kaletsky now writes online for Reuters.

An in-depth appreciation of his topics couple with exceptional written delivery have been the hallmarks of Kaletsky’s journalistic career. His speaking is no different, addressing topical issues directly and fearlessly.

In 2012, after having worked for The Times for over twenty years, Kaletsky left his post as Editor at Large to work for Reuters, the worlds largest international multi-media news provider. Now a columnist for Reuters, he contributes to their financial and professional website as well as to Reuters.com, to the International Herald Tribune and has a successful blog. Kaletsky has said that he was keen to make the move to online journalism after having spent more than 35 years contributing to printed media and that he believes it is the way forward for him, with Reuters providing quality journalism for the digital age.

In 1990, Kaletsky became Economics Editor at The Times and later went on to become Editor at Large. Although he has now left this position, he still contributes to the paper (he also continues to contribute to the Economists World In 200x yearbook). A dedicated journalist, he wrote for the Economist, the Times and the Financial Times between 1976 and 1998, winning an array of awards. Whilst at the Financial Times, Kaletsky held a number of important positions, including International Economics Correspondent, New York Bureau Chief, Washington Correspondent, and Moscow Correspondent.

As keen as ever before to share his experience and insight with others, Kaletsky now speaks to numerous organisations and has written a book. Capitalism 4.0: The Birth of a New Economy in the Aftermath of Crisis has been well met by critics and was nominated for the Samuel Johnson Prize (awarded by the BBC).

Kaletsky has Masters degree in Economics from Harvard University (which he attended after being awarded a Kennedy Scholarship) and a first class degree in mathematics from Kings College, Cambridge.

Testimonials for Capitalism 4.0: The Birth of a New Economy in the Aftermath of Crisis

“Anatole Kaletsky sometimes seems like the Stephen Hawking of economics. No problem, however deep, can faze him. No situation he finds is beyond solution. He goes wisely, lucidly, above all confidently where no experts have gone before. You know you’re in the presence of a master.” – Peter Preston, The Observer

“A hugely ambitious and controversial account of the credit crunch which brilliantly traces the hotchpotch of economic theories that underpins it, and convincingly explains how it came to go so catastrophically wrong … Kalestsky offers a genuinely new take on the credit crunch.” – Literary Review

“Anatole Kaletsky is one of the handful of heavyweight UK commentators who set the tone of public discourse on economic policy. His book goes well beyond typical comment to give an insightful analysis of the recent financial crash in a broad historical context.” – Vince Cable