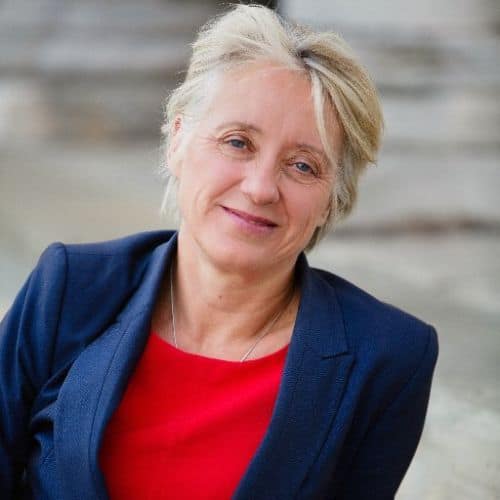 A record-breaking polar explorer and a renowned international speaker

Ann Daniels is the first woman in history, along with expedition teammate Caroline Hamilton, to reach the North and South Poles as part of all women teams.

"What a speaker. We were spellbound with your fantastic and interesting presentation. You left us all feeling we could achieve that little bit more."

"The best speaker we’ve had. She was motivational and relevant to the current challenges we face in the workplace today. She inspired us all to strive to achieve so much more, individually and together as a team."

"Ann Daniels presentation was superb with lots of personal experience and an excellent collection of photographs. She was an inspiration and the hit of the conference."

"Outstanding presentation. Your unbelievable achievements touched the whole audience and your delivery made us believe we can achieve anything we set our minds to."

"I wanted to congratulate you on your excellent talk at the awards ceremony and luncheon. Not only was the content fascinating but your delivery captivated everyone in the audience and enhanced the overall atmosphere of the event. I could have listened to you for hours."

"Thank you for being such a brilliant speaker. I have had tremendous feedback and needless to say it will be an evening that will remain in people’s minds."

Ann is a great believer in living life to the full and taking opportunities as they appear. Not letting the fear of failure stop her having a go, with no previous outdoor experience and as a mother of 18 month old triplets, Lucy, Joseph and Rachel, she beat off fierce competition from over 200 other women on a tough Dartmoor selection weekend and was chosen to join the first team, of the McVities Penguin Polar Relay. A unique relay expedition of women sledge hauling to the North Pole. The first team of four women with two guides were tasked with crossing the toughest sections of ice, in the coldest weather, to give this record breaking expedition the best possible start.

This unique expedition was the start of a number of world record-breaking expeditions that would see Ann rise in the field of Polar Exploration.

Fired up by her experiences in temperatures cold enough to freeze skin instantly, Ann and four colleagues from the relay went on to organise and accomplish a 700 mile expedition across Antarctica, the windiest, highest and bleakest continent on earth to become The First British All Women’s team to ski to the South Pole.

She became the first British female North Pole guide leading men and women in the most extreme environments on the planet and whilst guiding one such North Pole expedition had the dream to make the whole journey to the North Pole from land. A feat only completed by a few expeditions and never by an all women’s team.