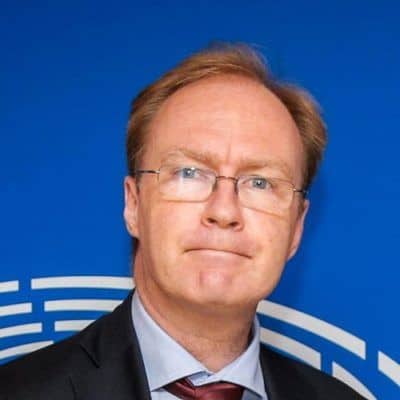 Sir Ivan Rogers is a former senior British civil servant, who was the Permanent Representative of the United Kingdom to the European Union from 2013 until his resignation on 2017. Rogers successfully applied for a place on the civil service’s ‘fast track’, and chose the Department of Health and Social Security.

Sir Ivan Rogers is one of the UK’s foremost experts on the European Union and the issues arising from Brexit.

Sir Ivan joined the UK civil service in 1986 and worked his way up through the Treasury, before being seconded to the European Commission as Chief of Staff to Sir Leon Brittan. He returned to the Treasury to become Director of European Strategy and Policy under then Chancellor Gordon Brown.

In 2003 Sir Ivan was appointed Principal Private Secretary to Prime Minister Tony Blair, with oversight of all domestic policy issues and a team of hundred staff.

Following a spell at Citigroup and Barclays Capital, in 2012 Sir Ivan was chosen to be Chief EU Adviser to Prime Minister David Cameron in 2011. He acted as the UK’s EU, G8 and G20 Sherpa, helping negotiate global arrangements and helping the Prime Minister prepare for numerous international summits.

In 2013 he became the UK’s Permanent Representative to the EU. He worked closely with David Cameron to renegotiate the UK’s EU membership terms as the basis for campaign for the UK to stay an EU member. After the Brexit referendum No vote, Sir Ivan remained in Brussels until 2017, when he resigned to allow a new team to lead the official Brexit process.

Sir Ivan has almost unrivalled expertise on EU processes and instincts. He speaks out frankly and with authority against what he sees as the UK government’s uncertainty on Brexit, and the hard choices facing EU members too: “If we want, in areas, genuinely to go it alone . . . then we have to be going full tilt in developing that regulatory capability at huge speed. The fact that, in so many areas, we are obviously not doing that . . is yet another reason why the EU side has long since concluded that the UK would not walk out.“