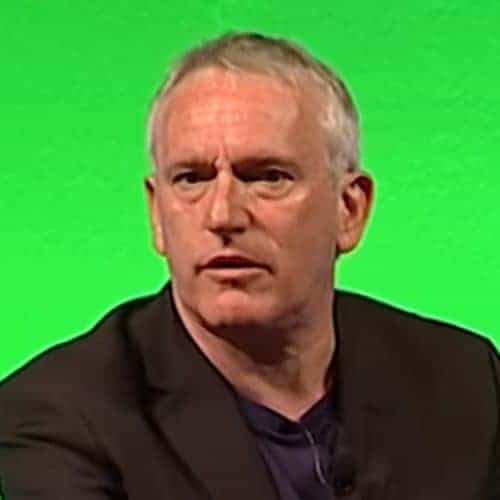 Author and speaker on future trends, James Woudhuysen is an impressive trend spotter — identifying innovations early and creating proposals to deal with them.

"Your session was excellent and we now have plenty of follow-up work. Thank you for the brilliant presentation prepared at very short notice."

"James joined our flagship event, World Procurement Congress 2017, as one of the expert speakers, working with an exclusive group of Chief Procurement Officers. He delivered a fantastic session, focusing on the world economy and technological innovation; received one of the highest Net Promoter Scores from our delegates. It has been an absolute pleasure working with Prof Woudhuysen and he has been incredibly flexible and accommodating in order to meet the needs of our event as well as interests of our clients."

"Once again, James proved a real asset to our Congress team. As chair for five breakout sessions at our 900-strong annual international conference in Berlin, he ensured that presenters gave their best, and structured debates so that each was lively and full of audience interest."

"At our annual conference, James gave an after-dinner speech on the future facing acoustics professionals, and presented Awards. His approach contrasted sharply with other after-dinner speakers we have had in the past: he worked hard to engage with us prior to the event, to understand our industry, the issues that may be of concern to our members, and to consider what may be important in our field in years to come. James' inimitable style was thoroughly entertaining, while his content stimulated some interesting discussions and heated debates."

"143 slides in 35 minutes! We were thinking it was not possible. But he did it! He captivated the audience about how the world will be digitised in the next 10 years: what's certain to happen, what's is not so sure. Engaging, charming, entertaining... with some French, too. I saw James two hours before the show, and in less than one minute I knew that we had made a good choice in inviting him."

"Fantastic, thought-provoking and provocative, James did not disappoint. We received brilliant feedback from our customers as to how engaging his presentation was. James is not just a standard speaker: he takes a brief, researches it and delivers a robust and well thought out presentation. I would not hesitate to recommend him."

"Thank you again for your involvement in our event on the future of property last week. Everything went well and your sessions were excellent. The feedback received has been extremely positive and colleagues really appreciated your insight in to a broad range of topics. I anticipate a positive response across the business to the challenges you threw down for us."

"I thought everything went well and your sessions were excellent. The feedback received has been extremely positive and colleagues really appreciated your insight in to a broad range of topics. I anticipate a positive response across the business to the challenges you threw down for us."

"A man with cosmic breadth, great depth, the ability to spark an audience and a twinkle in his eye, James livened up our conference on IT and the economy of the North East with a fearless line on the issues of the day. He earns his money with purposeful background work and a masterful nod to the underlying politics. A tightrope walker, he offers a great alternative to death by PowerPoint. Prepare to be energised!"

"James opened our conference in Hamburg with a fast, passionate, fluent and entertaining look at what companies in maritime can learn from developments in manufacturing, construction and energy. Developing our brief, he covered marine drones, Augmented Reality, Digital Design Modeling, and the relevance of older crew to shipping safety. Our highly international audience loved it. James got the conference off to a cracking start, and, in other sessions, made useful contributions from the floor."

He recognised the importance of e-commerce, web TV and 3G mobile well in advance of anyone else, and is much sought after as a consultant. He has a wide range of interests, with his latest speeches focusing particularly on IT and the future of work.

Straight-talking and often funny, Woudhuysen is a speaker who sees the future very vividly, and is well worth paying attention to.

He has anticipated many important world developments, including America’s dot com boom and bust, the travails of US state mortgage agency Freddie Mac, the conditions that gave rise to the Piper Alpha North Sea oil disaster, and the soaring price of oil.

Inspired by the Space Race, Woudhuysen wanted to be an astronaut as a child. His love of physics and technology led him on a fascinating journey. One of his early achievements was to help install and test Britain’s first computer-controlled car park in 1968.

He read physics at Sussex University and did postgraduate work at the Science Policy Research Unit. He spent some time in journalism as editor of Design magazine. At the Henley Centre for Forecasting, he advised major UK cities on international competitiveness, going on to be head of worldwide market intelligence at Philips Consumer Electronics, Eindhoven, the Netherlands. He became an independent consultant for major corporations and governments in 2001.

He has written several books and many articles on a wide range of subjects, stretching from chemical weapons, robotics and the future of cities to materials and 3D printing. Woudhuysen has been published by the Economist, The Times and Blueprint magazine.

He is an impressive keynote speaker, having appeared before no fewer than 50 of the world’s top corporations.

Agility and the Future of Globalisation and R&D

The Future of IT

Human Resources, Change Management and the Future of Work