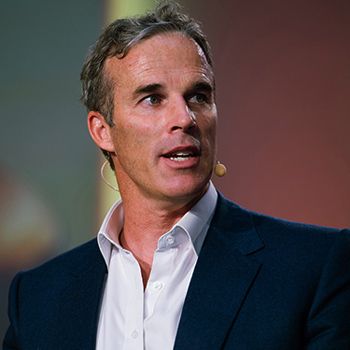 Environmental campaigner – swum & explored in every ocean in the world

An environmental campaigner and swimmer who combines his love of challenge and adventure with raising awareness about the condition of the world’s most vulnerable habitats.

Lewis Pugh is an endurance swimmer, a maritime lawyer and the UN Patron of the Oceans. He pioneers swim in the most vulnerable ecosystems on Earth to campaign for their protection.

He was the first person to swim across the North Pole, and the first to swim the full length of the English Channel. He was also the first to complete a long distance swim in every ocean of the world.

Best known for his work highlighting the plight of deteriorating aquatic ecosystems through endurance swimming, Lewis Pugh is an environmental campaigner with a difference. Realising that the loss of sea and glacial ice, marine pollution and habitat destruction will have an impact not just on nearby people and animals, but on people the world over, he decided to take action.

His quests have seen him swim long distances in every ocean, as well as in one of Everest’s glacial lakes. Not afraid to voice his opinions, hopes and dreams, Lewis is aware that a sense of purpose is essential to conquering what seems impossible. He aims to help his dream of clean oceans thriving with life come true, for our benefit and for the benefit of future generations.

Lewis has been instrumental in protecting over 2 million km2 of vulnerable ocean – an area larger than Western Europe. His dream is to fully protect 30% of the world’s oceans by 2030.

He talks about the methods he uses – a clear vision, choosing the right team, meticulous preparation, the right mind-set, never quitting, and changing when circumstances dictate. TED describes him as a “master story-teller”.

Lewis has received a number of awards for his work. He was selected as a Young Global Leader by the World Economic Forum. He was chosen as one of National Geographic’s Adventurers of the Year and was awarded South Africa’s highest honour, the Order of Ikhamanga (Gold Class).

Power of the mind