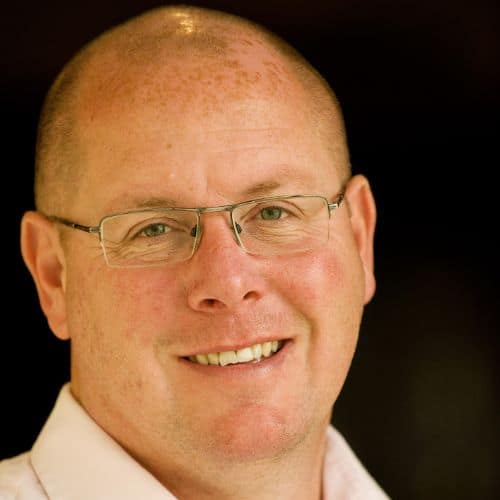 Author, speaker and rogue trader responsible for the collapse of Barings Bank in 1995

Nick Leeson is an author, a speaker and the rogue trader who caused the biggest financial scandal of the 20th century causing the collapse of Barings Bank. He was sentenced to six and a half years in a Singaporean prison while at the same time was left by his wife and was diagnosed with colon cancer.

"Nick was thoroughly engaging. We had plenty of positive feedback at our Zone Convention about the session and the lessons that Nick drew from the events that unfolded in the 90s. His message on the critical importance of ethics and compliance was valued by the entire audience."

"Nick was exceptional at our Risk forum and feedback from all those who attended was very positive and constructive. He did an excellent job of highlighting the importance of communication and internal structuring to ensure a robust, proactive, controlled and transparent risk management program prevailed and with his background experience, gave excellent examples of what can happen if the above is not achieved. A great hour with us and certainly one I hope we can repeat again in the future."

"Nick Leeson provided the keynote talk at our Risky Business Summit event in Dublin in February 2015. The feedback on Nick from our attendees was universally excellent. He covered key themes that included; risk, compliance, transparency and his perception on the world of regulation as it stands in 2015. Nick had obviously spent a good amount of time in preparing for the event and understood our solutions, the audience, the key themes we wanted to cover, and was eager to ask a number of questions that would allow him to optimise his involvement. I would definitely recommend Nick (and in fact already have!) without hesitation. Great job!"

"We wanted a different approach to our Compliance training this year, which Nick Leeson provided. His session was highly thought provoking and Nick painted a stark picture of the devastating effects of failing to take the right approach to risk management and compliance. Challenging, stimulating – and entertaining. Many thanks."

"Nick Leeson was a brilliant, informative and engaging speaker at our recent conference. He effectively explained the importance of compliance, risk and regulations through his fascinating story. We received great feedback from our audience on both the event and Nick himself, and he was undoubtedly a fantastic addition to our panel."

"Nick Leeson was excellent on the day, very frank, open and honest and allowed for a substantial Q&A session which was very well received at the event. We would have no hesitation in recommending Nick to other organisations such as ourselves."

"Nick Leeson was an excellent speaker. A story told in such a humble way, honest and to the point. A real insight into how things can go drastically wrong and the resulting consequences."

"Great presentation from Nick, very well received by our customers and management. Thank you so much for organizing and please pass our big thank you to Nick."

"Thank you for coming to speak to us at our first ever Business Show. The minute you stood on the stage and started to speak, the audience was gripped. The life story which you had to tell us was a remarkable one and contained everything a Hollywood film would have. The connection you made was instant, which is not something easily accomplished."

"Nick Leeson gave one of the most interesting and thought-provoking talks of the weekend with his personal account of how he brought the UK's oldest investment bank, Barings Bank to collapse through his fraudulent speculation."

"We found Mr Leeson to be an excellent speaker, who added to the quality and debate of our event, delivering on all promises especially on his openness and willingness to field all manner of questions from our audience of auditors and fraud investigators."

"Our compliance day was extremely well received and having Nick as the external speaker really did add the buzz we wanted to the day. His presentation was great as expected and he covered the areas on our brief perfectly! His style of delivery was informative and humorous and plenty of questions at the end!"

"Once again, I wanted to thank Nick Leeson for coming to speak at our Financial Services Away-Day. Speaking to my colleagues afterwards, they all enjoyed his very timely observations about the continued challenges of risk management at many leading financial institutions. Nick Leeson's talk also fitted in very well with our own internal discussions about how we can best help our clients in these times of economic uncertainty."

"Nick Leeson was informative, engaging and entertaining! He has an amazing story to tell and does a very good job of telling it. Not only that, Nick goes the extra mile and spent a lot of time with our guests before and after the event, He was great value for money."

"Nick Leeson spoke very openly and candidly about his experiences which made him very likeable. I watched the delegates when he was speaking and he totally captured everyone's attention. It was also great for Nick to take questions from the floor - you never quite know what you're going to get. Really good job!"

"Nick Leeson was very good for us. His subject matter was an excellent fit for our subject matter and he was a strong draw for our attendees. His presentation was factual, honest and compelling. I observed that the audience was truly interested in what he had to say. There didn’t seem to be any negative sentiment towards him or his prior actions. In fact, there was an employee of a bank sitting in the front row, closest to him, who was genuinely interested in how his situation went down. Nick also participated in a journalist interview from the Daily Telegraph. He was flexible and agreeable and the reporter seemed happy with the outcome. All in all, it was a successful day for Courion and Nick was instrumental in making that happen."

"Mr Leeson shared his personal journey in a humble and direct manner. His view was supported by the rest of the Board who found his story astonishing and recognised the lessons to be learnt. The Secretariat department was especially pleased that Mr Leeson did not hurry through the delivery of his presentation and that he was willing to share his experiences in detail with the audience. A truly thought-provoking experience."

"I found it very easy to deal with NMP Live and you listened to our requests and were flexible enough to accommodate them. I would certainly not look for another agency if I was booking a celebrity speaker. I can report back that Nick Leeson was very well received by all our customers and staff alike. It has also created a bit of a buzz in the space and those that didn't come felt they were missing out! Looking forward to working with you again in the New Year."

"There was some doubt within our organisation if we had made the right choice with Nick Leeson speaking at our client event. However in short – Nick has evaporated all that doubt and his speech was very well received, by our clients as well as SimCorpers. His messages were spot-on for the theme of the conference. And internally: ‘Picking Nick Leeson as a keynote speaker was a bold move from the marketing team and one that paid off. He talked to a standing room only audience, was very honest and left us all with something to think about around compliance and risk.’ Please thank Nick for making a difference to this year’s conference."

"Nick was exceptional and I will be honest a few from our membership were unsure why we were having him given his past. He blew the crowd away and it was only a shame there had not been more time for questions."

"I lost count of the number of people who have told me how much they enjoyed your speech earlier this week at the Finance Leaders day at IBM Business Connect 2016. Your story is a fascinating one and you make it very easy for your audience to imagine themselves in your shoes: there but for the grace of God goes many an unsuspecting person, I think. Your contribution to the day was even more powerful than I had expected and the audience were engaged in a way that I have rarely seen at similar events."

"On behalf of CIMA's Area 1 (Central London & North Thames), thank you for a moving, thought-provoking and inspiring talk last night. I have received the most positive and wonderful response from everyone I spoke to at the event. A truly memorable talk that none of us will ever forget. We are very grateful that you complied with our request to emphasize the lessons and steps organisations should take to prevent the actions of a few from causing serious loss and harm – this was precisely what we had hoped for. By sharing your hard-learnt experiences, you are helping all those who hear you ensure the continued success of their own organisations - a great way to mark the CIMA Centenary in London. We send you every best wish for the future."

Nick Leeson, the “rogue trader” that broke Barings Bank is one of the most sought-after speakers on the global speaking circuit. The collapse of Barings Bank, and Nick Leeson’s role in it, remains one of the most spectacular debacles in modern financial history. How could one trader, an ambitious 25 years old investment broker, bring down the banking empire that had funded the Napoleonic Wars and counted HM The Queen as one of its private customers?

The young gambler who found himself sucked into a terrifying spiral of loss was a working-class boy from Watford, North London, who lived out of his depth, high in an upper-class world, until his unchecked gambling caused the downfall of Barings Bank in 1995 and caused chaos in the Singaporean money market.

More recent cases such as Allied Irish Bank, Societe Generale (2008) and UBS (2011) simply highlight that loopholes haven’t been closed. In an exclusive interview for the BBC with Huw Edwards, Nick commented “I think rogue trading is probably a daily occurrence amongst the financial markets. Not enough focus goes on those risk management areas, those compliance areas, those settlement areas, that can ultimately save them money.”

Despite more audacious and larger scale incidents of rogue trading since the collapse of Barings, Nick Leeson remains the most infamous and high-profile rogue trader and one of the world’s most sought-after keynote speakers within the corporate sector. The late Sir David Frost, who interviewed Nick whilst in the Frankfurt prison, optioned the rights to his story and in 1999 the Hollywood film “Rogue Trader” was released as a dramatization of his story and starred Ewan McGregor (Star Wars, Trainspotting) with Anna Friel (A Midsummer Night’s Dream, Pushing Daisies) portraying his wife at the time.

These events with Nick Leeson represent a unique opportunity for people to meet and question the main protagonist in the largest and most significant financial scandal of the 20th century and gain his personal insight into the current economy and the world today.

Importance of Communication and Information Sharing

Knowledge is Nothing Without Understanding

Creating The Right Culture in The Organisation

Technology - Focus on Analysis and Correlation, Not Just Alerts

Information to Safeguard is Always there, its Just Whether or Not You Use it