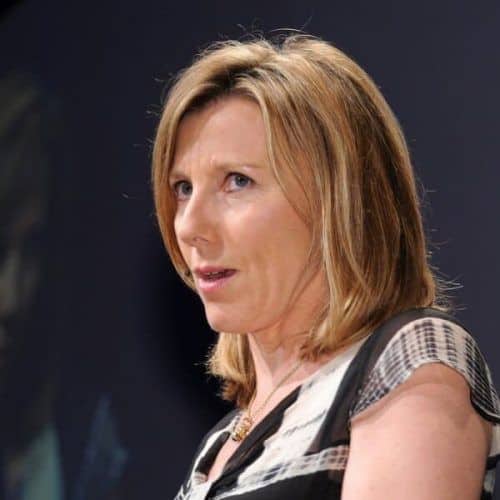 Sarah Montague is known for her role as a journalist and presenter. During her career, she has worked on globally respected BBC programmes including ‘Breakfast with Frost’, ‘Hardtalk’ and ‘News 24’.

Now a sought-after conference moderator, awards host and speaker, Sarah has worked with leading businesses and organisations in a wide variety of sectors.

Sarah was born on the Channel Island of Guernsey and attended Blanchelande College before graduating with a BSc in biology from the University of Bristol. She spent her early career as a Eurobond dealer and stockbroker for Natwest Capital Markets, before joining Channel Television in 1991. A talented journalist, Sarah went on to work for Reuters in 1995 and became a Sky News business correspondent in 1996.

Sarah Montague joined the BBC in 1997 and has since been a presenter of some of the broadcasters most respected shows, including Breakfast with Frost, the BBC 1 Evening News, Hardtalk and BBC News 24. Currently working as a presenter on the Today programme on Radio 4, Sarah is known for her insight and her ability to convey her knowledge and thoughts accurately whether presenting on the radio, on television or in person. Her skill as a communicator, her strength of character and her depth of knowledge have made Sarah Montague a sought after speaker, chair and host. Some of her former engagements have included: