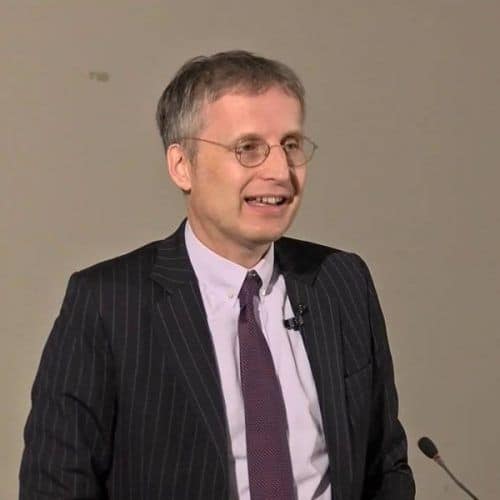 As an expert on information law and regulation, he has been advising businesses, governments and international organisations

Viktor Mayer-Schönberger is the OII’s Professor of Internet Governance and Regulation at the Oxford Internet Institute, University of Oxford. His research focuses on the role of information in a networked economy. Earlier he spent ten years on the faculty of Harvard’s Kennedy School of Government.

Professor Mayer-Schönberger is the author of eight books, including the international bestseller Big Data: A Revolution That Will Transform How We Live, Work, and Think, which he co-wrote with Kenneth Cukier in 2013 and the award-winning Delete: The Virtue of Forgetting in the Digital Age (Princeton University Press, 2009), which won the 2010 Marshall McLuhan Award for Outstanding Book and the 2010 Don K. Price Award for Best Book in Science and Technology Politics, as well as received favorable reviews by academic (Nature, Science, New Scientist), and mainstream media (New York Times, Guardian, Le Monde, NPR, BBC, and Wired) and has been published in four languages. The ideas proposed in the book have now become official policy, e.g., of the European Union. He is also the author of over a hundred articles and book chapters on the economics and governance of information.

His most recent book, Framers: Human Advantage in an Age of Technology and Turmoil, was co-authored with Kenneth Cukier and Francis de Véricourt. Framers defines the essential tool that will enable humanity to find the best way forward. It’s the first guide to mastering human ability.

To frame is to make a mental model that enables us to make sense of new situations. Frames guide the decisions we make and the results we attain. People have long focused on traits like memory and reasoning, leaving framing all but ignored. But with computers becoming better at some of those cognitive tasks, framing stands out as a critical function—and only humans can do it.

A native Austrian, Professor Mayer-Schönberger founded Ikarus Software in 1986, a company focusing on data security, and developed Virus Utilities, which became the best-selling Austrian software product. He was voted Top-5 Software Entrepreneur in Austria in 1991 and Person-of-the-Year for the State of Salzburg in 2000.

In 1998 he joined the faculty of Harvard Kennedy School, where he worked and taught for ten years. After three years at Lee Kuan Yew School of Public Policy, National University of Singapore, Mayer-Schönberger currently holds the Chair of Internet Governance and Regulation at the Oxford Internet Institute.

He chaired the Rueschlikon Conference on Information Policy, is the cofounder of the SubTech conference series, and served on the ABA/AAAS National Conference of Lawyers and Scientists. He is on the advisory boards of corporations and organizations around the world, including Microsoft and the World Economic Forum. He is a personal adviser to the Austrian Finance Minister on innovation policy.

He holds a number of law degrees, including one from Harvard and an MS (Econ) from the London School of Economics, and while in high school won national awards for his programming and the Physics Olympics of his home state.

In his spare time, he likes to travel, go to the movies, and learn about architecture.

Cybersecurity: Strategies for the Networked World

Information in the networked economy

Big Data? A Revolution That Will Change How We Live, Work, and Think