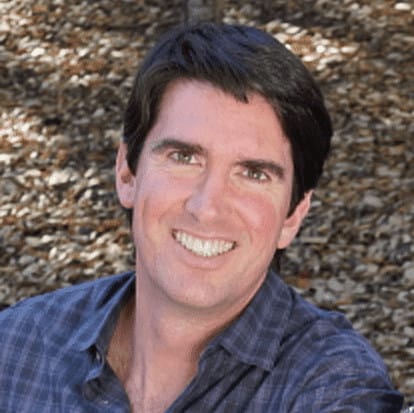 Co-founded Siri, which was acquired by Apple, and later co-founded Viv, which became the basis of the digital voice assistant Bixby for Samsung phones.

"Adam presented to 700 of our top IT clients. They had a great experience as he explained the past present and future of AI. Adam was funny, engaging and even did an incredible magic trick that we still can’t figure out."

A top technology speaker and AI expert, Adam is a pioneer and expert in the areas of distributed computing, intelligent agents and advanced user interfaces as well as the author of fifty-nine peer-reviewed publications and more than twenty issued patents.

Currently, he is co-founder and VP Engineering of Viv Labs, a startup simplifying the world by providing an intelligent interface to everything. Viv Labs was acquired by Samsung in 2016.

Previously he was co-Founder and VP Engineering at Siri, Inc., a company aimed at fundamentally redesigning the face of the consumer mobile experience. In 2010, Siri was acquired by Apple and Adam became a Director of Engineering in the iPhone/iOS group.

He is also a Founding Member and Advisor to Change.org, the premier social network for positive social change and a co-Founder of Sentient Technologies.

Before starting Siri, Adam was a Program Director in SRI’s Artificial Intelligence Center where he served as Chief Architect of the CALO/PAL project, an ambitious effort to create a next-generation personal cognitive assistant that learns and self-improves “in the wild” (e.g. with no code changes).

Cheyer’s team was responsible for integrating state-of-the-art AI technologies from 25 research institutions, universities, and commercial companies, into a functioning system that can provide user value and pass a set of yearly SAT-like tests.

Adam was also VP of Engineering at Dejima (acquired by Sybase), where he was responsible for managing Dejima’s engineering staff, technology strategy, and for guiding the company’s product development in the areas of accelerated mobile search for enterprise and consumer applications.

Adam has more than 15 years experience in a variety of roles, including executive, software engineer, research scientist, consultant, lecturer, and technical manager. A pioneer in the areas of distributed computing, intelligent agents, and advanced user interfaces, he is the author of fifty-nine peer-reviewed publications and more than twenty issued patents. He has also participated on a number of Program Committees and Advisory Boards.

As Senior Scientist and Co-Director of the Computer-Human Interaction Center (CHIC) at SRI International, he led a multidisciplinary team of researchers exploring web services, distributed knowledge, and pervasive computing. While at Bull S.A., he was lead developer and architect for NOEMIE, a configuration expert system used to manage Bull’s line of 30,000 hardware and software products worldwide.

The Future of AI and Businesses

The last five years have seen breakthroughs in Artificial Intelligence(AI) at an unprecedented rate, with a host of new systems and applications emerging that go far beyond what was possible only a decade ago. Voice commands can now be used to perform actions and retrieve information using a conversational tone across a multiple of devices. Self-driving cars are a reality for commuters on the highway. With continuous and accelerating improvements in AI, this talk will address new ways of thinking about AI and ways to prepare your business for the continuing AI revolution.

How to Build a Successful Startup: Lessons from the Founder of Siri, Inc.

Adam discusses the lessons he learned while building each of his startups and how he took them from idea to execution. He talks through vital questions in building a startup, such as: how to know when it’s the right time to take an idea from hobby to startup; how to choose the right environment to work; how to pick the right goals that will lead to success; and, how to visualize what success means to you. Learn how to build a successful startup from the founder of Siri.

In this presentation Adam talks about the birth of Siri, from idea, to inception, to Apple’s acquisition and implementation of it into the iphone in 2010. Siri’s story is a fascinating one that not many people know about. For example, did you know that Adam first built a Siri-like system in 1993 before the world wide web was even launched? And that it operated on a tablet-like PC? But it wasn’t until Apple’s release of the iphone 18 years later in 2007 that Adam knew it was the right time to take Siri from a hobby to the world.

I Can Help With That’: The Future of Intelligent Interface Agents

We are in the midst of a technological boom of intelligent interface agents. AI agents like Siri, OK Google, Cortana, and Alexa will soon be integrated into many of our electronic devices expanding what is known as the Internet of Things (IoT). In this talk Adam discusses the implications of AI interface agents, and their integration into industries such as, financial trading, healthcare, marketing, and customer service, including smart homes and smart cars. This talk also touches on Adam’s newest AI agent, Viv (what many are calling the next Siri). In the future we will see Viv, Siri, and other AI agents integrated more seamlessly into businesses and particularly into our daily lives.