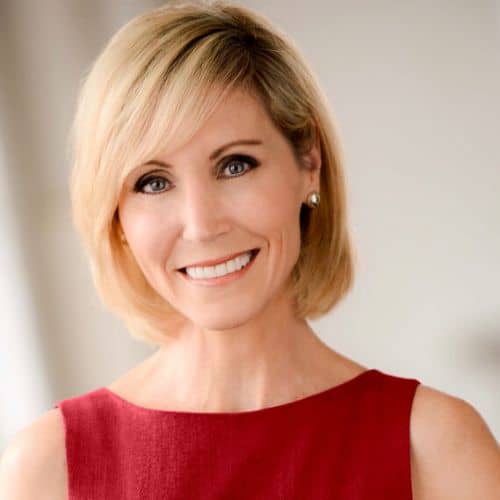 "Connie is a model of what she teaches. She did a wonderful job with our leaders. She’s the rare professional with the ability to share her expertise in a non-intimidating way."

"Eye opening. She gets to the point and is easy to relate to. She shares a lot of insights with examples from our industry to help them really sink in."

"Connie was our Key Note Speaker at the 1st Annual Sunrise Senior Living Sales Rally. She took concepts from her books, Talk Less Say More and Become the Real Deal to tailor a presentation for our sales force. She had the “late in the day” time slot with 400 restless sales professionals and was easily able to keep them engaged! Just amazing!"

"Wow, Connie was an incredible hit at our Symposium. We received rave reviews from our attendees on Connie’s presentations. She gave us a full day of her time and even stayed to do a book signing. She is the real deal and an outstanding presenter!!! We would book her again."

"Connie was phenomenal. Thank you for sharing some wonderful thoughts and actionable items! I have put them into place and truly see a difference!"

"Connie did a wonderful job with our group. Our team was thrilled and she is a model of what she teaches so effectively. Connie is a professional with the ability to share her expertise and convey tools in a non-intimidating way. We are pleased to be associated with her."

"Connie was phenomenal. Thank you for sharing wonderful thoughts and actionable items. I have put them into place and truly see a difference!"

"We have now had Connie speak 4 times to different audiences and every single time she has been outstanding. Takes the time to understand the messaging and audience and is first class. Highly recommend her!!"

"We use Connie on a repeated basis because of her expertise, ability to: Connect; establish credibility with senior leaders; impart actionable insights for improving communication with large audiences; and her authenticity. She is a great partner and strives to achieve our goals by flexing to the content we need."

"Connie is enthusiastic and energetic. She has an engaging personality and positive vibe that is contagious. She delivered the message as we discussed prior to the event. Connie is accessible and very easy to work with. I instantly felt like I knew her from our very first phone conversation, Very enjoyable!"

"Eye opening! To the point and easy to relate. Lots of great information presented in a fun manner and examples from our industry to help things sink in."

"Connie! Your presentation: I loved it!! It was exactly what we need to continue to build our momentum and gain field support. We continue to receive tons of favorable feedback from the event. Thank you again for your time and energy."

Connie Dieken is the founder of Influence360° and The Dieken Group, a strategic advisory firm to C-suite executives on five continents. She helps leaders influence positive outcomes in all directions, even under the most difficult, changing conditions. Her clients are leaders at some the world’s best-known brands including Apple, Coca-Cola, HP, Nestlé, and The Cleveland Clinic. She was recently named one of the world’s Top 10 Executive Coaches and has been honoured as one of the Top 10 Female Business Owners in her region.

Connie built her unique skill set during twenty years as a television journalist for ABC and NBC. Her work has been honoured with five Emmy Awards and two Telly Awards, and she’s the only person inducted into both the Radio/Television Broadcasters Hall of Fame and the Speakers Hall of Fame, as well as the Million Dollar Consulting Hall of Fame.

As a broadcaster, Connie interviewed some of the most influential people in the world and became fascinated with how they gained or lost their abilities to lead in challenging times. She identified patterns that existed, regardless of industry, gender, age, or other socio-cultural conditions. So she left broadcasting, launched her business, and began a research project on leadership influence. After 15 years of rigorous research involving more than 20,000 participants, Connie created Influence360°, the first and only validated influence instrument to help leaders become strong influencers whom others trust and respect, which in turn improves the performance of their organizations.

Connie’s thought leadership has been featured in interviews in The Wall Street Journal, Investor’s Business Daily, CNBC and other leading business publications.

In addition to advising the C-suite of major corporations, her training programs on influence, presence, and presentation skills are licensed worldwide in corporate universities for emerging leaders. An interactive and dynamic speaker, Connie delivers powerful keynote speeches at major conferences around the world. She’s also a guest lecturer for executive education and MBA programs in business schools such as Case Western University, Clemson University, Indiana University, and The Ohio State University. She offers solid, actionable takeaways that transform careers.

People crave a certain amount of structure and guidance. Without the influence of good leadership, organisational successes may stay in flux. Many organisations, especially those blessed with highly motivated, exceptional people, overlook the impact effective leaders have on organisational outcomes.

Connie focuses on and highlights various types of leadership, their traits and evaluates strengths and weaknesses. She speaks on tailoring any leader’s behavioural type to outcomes that empower people, give rise to successful performance, and influence positive actions.

GDP isn’t the only casualty during economic hard times and when we start to look at our companies on the micro level, we see that the morale of our team has also been hit hard. People worry about their families, they worry for their jobs, but it’s the leader’s job to foster an environment for self-motivation to improve company morale.

Connie will take your audience through the importance of team building to improve communication and leadership skills within your organisation. She will help them to understand company goals and the role they play in the success, which leads to a stronger working environment with improved collaboration, better performance, and increased retention of top talent.

Change is hard, and it’s not something people or companies revel in. And regardless of the impetus for change, whether it’s strategic, operational or technological, effective communication and management tends to be the primary bottleneck to any successful change management plan.

Connie shines light on the typical and specific roadblocks to managing change successfully, from effective communication techniques to a successful implementation to dealing successfully with resistant attitudes and behaviours to successful leadership techniques to manage or integrate teams, or strategies to align expectations.

This program is deeply substantive, highly interactive and entertaining. As the talk unfolds Your audience will discover:

Audiences use their eyes much more readily than their ears and when we understand that we can create visuals that enhance and accompany rather than compete; we can ensure our body language says confidence and power.

Connie will show your audience how important connecting and engaging is in order to motivate people to act the way you want. Your audience will walk away with the tools and knowledge they need to understand how to present to influence action.

So much of communication is non-verbal, whether it’s body language, facial expressions, electronic communications, or even just an awareness of the reactions of others. Much of business etiquette really boils down to your acknowledgement and consideration to the people you are interacting with. And while there are many areas that can be construed as rules, and that remaining aware of the old adage ‘do unto others’ is important to be mindful of, we benefit more by staying in the moment of those we are interacting with.

Connie highlights that the popular notion of etiquette can be solved through our consideration and respect for the people and situations we are engaging. Communications and business etiquette should always work to this end. When we engage with people as if they are the centre of the universe, just by our behaviour, we influence positive action and inspire confidence.

Employees don’t stay with companies like they used to. Recruiting and retaining top talent is now the most challenging issue in human resources. And while some forms of brain drain are unavoidable, there are ways to mitigate losses and maximize employee retention through sound methods to improve employee engagement.

Connie will focus her talk on work environments and behaviours that lead to dissatisfaction and teach the basic methods to identify the signs of impending disengagement. She will share ideas on communication and leadership initiatives that will increase engagement and loyalty among your teams.

Leading in the Spotlight

In this program, Connie shares what every senior executive must know to thrive as a high-profile leader. Senior leaders will discover how to:

Selling in today’s economy is fraught with distrust and requires a new perspective on tried-and-true communication techniques. People have been captured by fear, distrust in companies and our government is high, but there is still a bright spot and it’s these same people. We all want to trust, we all want to be confident, we all can be motivated to act. We just need the right people to show us the way.

Connie will show your audience how selling through the fear is possible in today’s market by knowing the successful communication techniques to influence people to act. Your salesforce needs to know how to listen and tailor their pitch to your customers; speak candidly and confidently to their needs; learn when to sell their expertise and how to use non-pressure techniques; and how to convince your customers to move past doubt to close sales.

In business and life, our ability to effectively communicate is the most important skill needed to accomplish anything, and yet it is the single greatest challenge in business today. When it comes to our people, so much more is expected from them, we need to reach them on the road just as much as in the office; and yet, this need also decreases their attention spans, makes people more distracted and eager to get to the point.

Connie talks frankly about the need to connect instantly in order to capture attention and gives useable tips helping anyone be heard and understood to influence others to action. Your audience can walk away with the skills to achieve more in fewer words, cause less confusion communication and build more rewarding relationships. Connie will inspire your delegates to act knowing that the skills they learn will increase their ability to influence through communications.

Building and maintaining trust with customers should be the top on any organisation’s list, yet more often than not, we find that companies will focus their efforts on new acquisitions rather than better cultivation of the relationships they have. And in today’s social media economy, this is more likely to face detrimental sales and service issues. People have grown accustomed to information on their terms, and if we’re to evolve communication and sales in today’s customer relationships, we must evolve how we sell and service today’s customer.

Connie focuses on a wide variety of customer service, engagement and relationship related issues affecting organisations today. Through her experience with communication and media, Connie will give actionable information to your delegates; from gaining trust through knowledge, to creating low-pressure sales environments, to aligning service and expectations.

This groundbreaking program is a master class on how to influence audiences with integrity, so they willingly take action.
Your audience will discover: