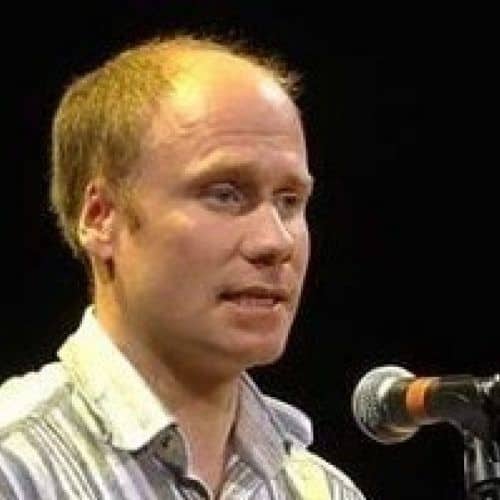 Jamie Andrew OBE has an extraordinary story. Stranded for 5 days on top of a mountain in the Alps, his friend and fellow mountaineer died while they waited for help.

Eventually he was saved but the ordeal cost him both his hands and feet. With remarkable resilience he went on to re-learn how to cope with everyday life, before going on to climb again, undertaking challenges others might blanch at.

Jamie’s story is one of the most gripping and inspiring you will ever hear. In January 1999 mountaineer he and a climbing partner were trapped for five nights on the storm bound icy summit of a French mountain.

The rescue – one of the most dramatic in the history of the Alps – came too late to save his partner but Jamie, suffering hypothermia and frostbite, survived although doctors had to amputate his hands and feet.

For most people, this would have meant the end of all hope, but not for Jamie.

His story is as much about the tiny steps to recovery, like being able to clean your own teeth, as it is about his brave return to mountain climbing, taking up marathon running and planning new challenges. When you hear him speak you will be motivated by his ability to find the positive in everything, helping others to cope with change and overcome difficulties.

“The first year was really hard…I had a lot of guilt… but if you offered me my hands and feet back now, I’d say no for sure.”

Jamie was brought up in Scotland working as a manager in a Rope Access Company on large building projects. An active mountaineer and rock climber his life took a dramatic turn in 1999 while attempting to climb the North face of Les Droites in the Alps. After the tragic death of his friend and a quadruple amputation Jamie learned to come back from this catastrophic loss. He has gone on to climb again, taking on numerous remarkable challenges including climbing Kilimanjaro in the first ever all-disabled mountaineering expedition and attempting to scale the 14,500-foot Matterhorn. He has run the London Marathon, raising thousands of pounds for charity and plans to ski across Greenland.

In over 15 years Jamie has spoken in more than 40 countries, on 5 continents for a diverse range of companies including Tetrapak, Toyota Motor Sales, Vodafone, Roche, Danone, Proctor & Gamble, Pepsico and Microsoft. As a motivational speaker, he shares his remarkable story in a simple and honest style that never fails to engage. He explains how he was able to dig deep into his reserves, to be resilient and face up to the hardest challenges of his life using simple, key techniques such as goal setting and focusing on his key strengths.

Jamie’s story is challenging on a number of levels and is an uplifting tale that really stimulates the mind and encourages us all to consider the challenges that we face in our own lives, on a day to day basis.

Leadership: taking control and having the vision to motivate and inspire others

Motivation: focusing on the positive

Teamwork: working with the strengths, working round the weaknesses

Change Management: dealing with change, learning to use change as a positive motivator

Seizing opportunities: not being afraid to take a calculated risk