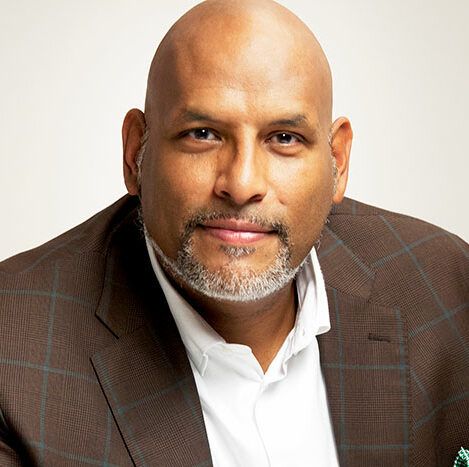 John is a respected organisational psychologist, best-selling New York Times author and CEO of Amaechi Performance Systems. John partners with organisations to help leaders move from being transactional to transformational.

"John had an amazing impact on us all! He left us all feeling motivated. His honesty and integrity was a breath of fresh air!"

"When John speaks, his words touch your soul, reach into your heart and nestle into the fabric of your being"

"His messages resonated in every corner of our community"

"Easily the best of the diversity presentations I have attended ... John was engaging, interesting, and very relevant. And he was more than simply a 'diversity candidate talking of his experiences, rather he addressed the topic in a thoughtful and thought provoking way"

"John Amaechi is an inspiration to millions, and a great ambassador for his country. As a consummate professional during his playing days and through his continued community service, John truly represents the ideals of the NBA"

He focuses on improving performance, solving intractable people problems and creates thriving workplaces despite the challenges and disruption of the modern world. Prior to founding his own firm, John spent several years as a professional athlete, becoming the first Brit to play in the National Basketball Association (NBA).

John Amaechi OBE helps individuals and organisations to improve communication, leadership and culture as a way to grow, improve and achieve goals. His psychological insight helps people understand the barriers to high performance and overcome them. He understands motivation and personal development and the roots of success and enables these traits to flourish. He also considers the nature of competition, the importance of cognitive diversity in organisational achievement, and aligning personal and business values and ethics. John’s experience is unique and his skills appeal to people from all walks of life.

In addition to running his own international strategic performance consultancy, Amaechi Performance Systems, John is also a Research Fellow at the University of East London and currently holds various board and trustee positions.

In a former life, John was the first Brit to have enjoyed a successful career in the NBA and to be inducted into the US Basketball Hall of Fame. He won widespread respect for his ability to overcome adversity, including life-threatening injury. Despite never having picked up a basketball until the age of 17, John went on to a ‘starting five’ position with the Cleveland Cavaliers in just six years. He was described by one commentator as ‘a player with little innate physical talent, who rose to remarkable heights on the back of terrific will and a tremendous strategy.’ He puts this down to focus, effort and execution as much as physical skills; characteristics he now seeks to instill in others.

Whilst playing basketball, John pursued his PhD in psychology, co-authoring a paper on self-esteem and goal setting as well as becoming a leadership and performance expert. He also founded the ABC Foundation, which seeks to increase physical activity amongst the youth and encourage community cohesion.

John has worked with the UK government and has affiliations with many leading organisations including the American Psychological Association, the European Mentoring and Coaching Council and the Centre for Social Justice where he undertook important work on Community Cohesion and Social Return on Investment. He has his own charity creating sporting centres in urban communities, he mentors young people and advises on ethics in policing.

John Amaechi well understands the responsibilities and potential that come with being a giant. His book ‘The Promises of Giants’ is a challenge to anyone who aspires to make a difference in their environment. Over fourteen promises, it seamlessly intertwines personal anecdotes and workplace and social observation with the latest research, to provide practical, proven tips and strategies to empower you to maximize your own potential and inspire others. It is not a self-help book. It is a how-to guide for winning, rooted in the belief that the most unlikely of people, in the most improbable of circumstances, can become extraordinary.

John works with numerous bluechip brands and high profile individuals via his consultancy Amaechi Performance where he focuses on improving leadership and communication skills as well as tackling issues around diversity. He helps organizations to learn how to retain and value staff which John argues can have a huge impact on your own personal effectiveness as a leader. He has also created a diagnostic tool to help institutions recognize some of these issues and create change.

Teams versus groups, and the notion that most people have never been on a true, optimal team

The role of leaders as ‘custodians of culture’

Leadership being transformational, rather than transactional

Diversity in the workplace

How organisations can transform in times of challenge and disruption