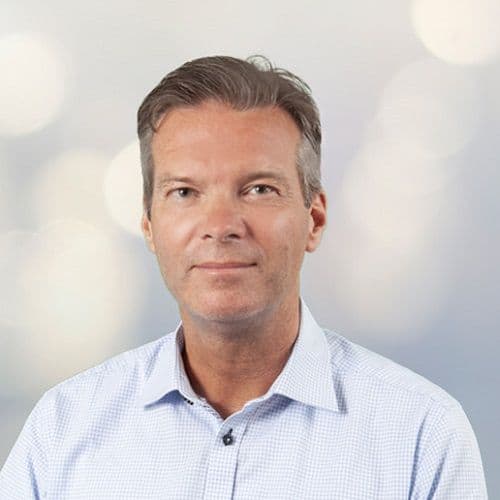 Professor of Innovation and strategy

Michael Wade is a chaired professor at the IMD business school in Lausanne, Switzerland and directs IMD’s Global Center for Digital Business Transformation.

"A great learning experience and an excellent presentation by Professor Wade. He provided a real eye opener on digital transformation."

"We loved the way he made complex topics not only simple to understand but also very funny."

"Professor Wade gave a great speech and we received superb feedback from his keynote."

"Professor Wade's skill in moderating the forum and in driving discussions substantially enriched the event and was very much appreciated by all the delegates. We learned a great deal about the ground breaking changes taking place in the industry."

His areas of expertise relate to digital disruption, digital transformation and digital leadership. He has published nine books, more than a hundred case studies and articles and appears frequently in the mainstream media. His Latest book, published in 2019, is Orchestrating Transformation: How to Deliver Winning Performance with a Connected Approach to Change.

His previous book, 2016’s Digital Vortex: How Today’s Market Leaders Can Beat Disruptive Competitors at their Own Game won multiple awards, sold more than 100,000 copies and has been translated into five languages.

Professor Wade has been named one of the top ten digital thought leaders in Switzerland by Bilanz, Le Temps, and Handelszeitung. At IMD, he directs a number of executive programmes related to digital transformation, including Digital Execution, Digital Transformation for Boards and Digital Disruption. He also founded and directs Europe’s first and largest programme for executives on digital, Leading Digital Business Transformation.

He has directed several custom programs related to strategy and digital business transformation with Vodafone, AXA, Tetra Pak, Honda, Gazprom, Credit Suisse and Cartier, among others. Professor Wade has been nominated for teaching awards in the MBA and Executive MBA programs.

Michael Wade is a frequent keynote speaker on topics related to digital disruption and transformation. He has given hundreds of talks at corporate events and industry conferences across the world to groups ranging from a few dozen to thousands of people. He has lived and worked in Britain, Canada, Japan, Norway, Costa Rica and Switzerland.