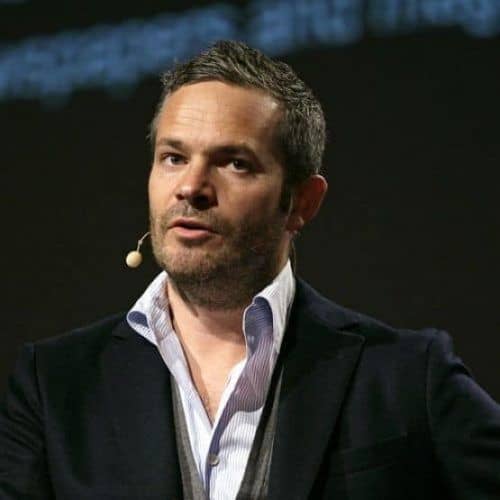 An acclaimed authority on brand creation, marketing, culture and lifestyle, Tyler Brûlé is a highly successful journalist and entrepreneur

Tyler Brûlé is a globally renowned media, design and global affairs expert who has been referred to as ‘Mr Zeitgeist’ by the New York Times.

"Mr. Brûlé has made a career of defying conventional wisdom"

He is an exceptional journalist and an entrepreneur who has founded two internationally successful magazines, a marketing agency and a parent company for his brands and who has influenced trends and fashions in numerous areas. As a speaker, he has a vast amount of experience and is willing to share his multidisciplinary knowledge, educating audiences and inspiring individuals.

Currently writing FT Weekends column Fast Lane and acting as editor-in chief of his magazine Monocle, Brûlé’s journalism has led to a number of somewhat unusual career side-steps, meaning that he is now one of the best known entrepreneurs of his generation. He is a true trend-setter who lives the lifestyle he sells in his magazines, making it little wonder that Monocle has become the magazine to read for ambitious individuals the world over.

Brûlé was born in Canada but moved to the UK as a young man in order to train in journalism with the BBC. Despite enjoying the work, he decided to move to written journalism and has since written for high profile publications such as The Sunday Times, The Guardian, International Herald Tribune, The New York Times, and Vanity Fair. It was whilst working for a German news magazine (Focus) that a life changing event saw him change his perspective on magazines; he was shot twice whilst in Afghanistan and spent a lengthy spell in hospital. He found what he read during his recuperation unsatisfying and he decided to found his own magazine. In 1996, two years after his experience in Afghanistan, he started Wallpaper*. Like many others, the magazine concentrated on style and fashion, but had a unique take on matters and won numerous industry awards. It became very influential and was eventually purchased by Time Inc.

Brûlé founded the company Winkreative in 1998 as an off-shoot of Wallpaper* magazine. The business is a branding and design agency which offers bespoke solutions of exceptional quality to advertisers, dealing with organisations in numerous sectors in countries all around the world. Past and present clients include Time magazine, Saab, China Daily, Blackberry, Sky News, American Express, Warner Music, Selfridges, Prada Sport and Swiss International Air Lines. Winkreative has earned a reputation for achieving the desired results and offer customers assistance with all facets of marketing. With Brulé at the helm, the agency has become globally recognised in a relatively short space of time.

Monocle, Brûlé’s second magazine, focuses on current affairs, business, design, culture and lifestyle on an international basis. Founded in 2007, it has become widely read and is now sold in over 65 countries. Today, Monocle is not just a magazine, but a media brand, producing digital and video content; it also now includes an e-commerce site and shops in several major cities. The radio station Monocle 24 is the latest part of the company, having been set up in 2011 in response to the brands global popularity.

Innovation, enthusiasm and charisma are fundamental to Brûlé’s career and also set him apart as a speaker. He engages, teaches and motivates audiences of all sizes