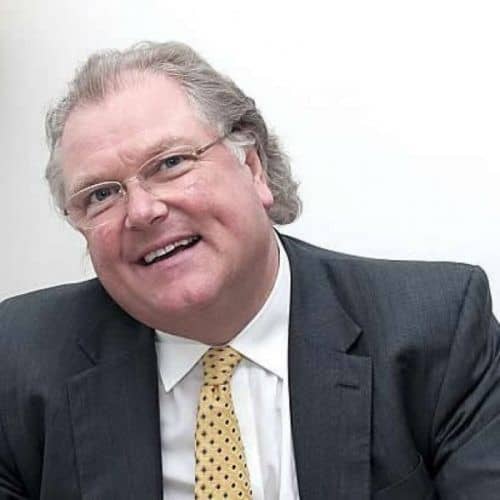 True business expert renowned for his experience and opinions

A true business expert, Baron Jones of Birmingham is renowned for his experience and opinions. As someone with many years of involvement in business and in politics, Lord Jones knows how to engage listeners and is confident in expressing his opinions and sharing his experiences.

A politician and businessman, he has held several high profile roles, including Director General of the CBI and Minister of State for Trade and Investment.

Digby is currently the Chairman of Grove Industries and of Triumph Motorcycles and non-executive director of Cell Therapy Ltd and Leicester Tigers plc. He is an advisor for JCB, BP and Babcock International Group, among many others. He is a corporate ambassador for Jaguar and JCB. He is active in his role as a cross-bencher and tries to promote wealth creation and healthy business attitudes throughout all of his roles.

Jones is associated with numerous UK universities, including University College London, University of Birmingham, University of Nottingham and Queen’s University in Belfast. He is chairman of the Birmingham Business School International Advisory Board.

Digbys contribution to business has been recognised and in the 2005 honours he was made Sir Digby Jones. Due to his on-going diligence and continued involvement, he was granted a seat in the House of Lords as Baron Jones of Birmingham, of Alvechurch and of Bromsgrove in the County of Worcestershire in 2007.

Born on the 28th of October 1955 in Birmingham, Digby Marritt Jones grew up with his parents and older sister, learning to help out in the shop the family owned in Alvechurch. It was at this shop that Digby learned many of the skills which would serve him well in his future life; the basics of business and how to communicate with customers. When he was just ten, he learned that business, and life, does not always work the way first planned as the shop was forced to close due to competition and his parents had to move on to alternative employment.

Digby was academically capable and managed to win a scholarship to Bromsgrove School,the local public school. He later went on to study law at University College London under a Royal Navy Cadetship.

When the Department for Business, Enterprise and Regulatory Reform was created in 2007, Digby was appointed to be Minister of State for Trade and Investment, as well as being given this position in the Foreign Office. He remained in this role for just over a year, before resigning and moving on to become a Business Ambassador for UK Trade & Investment.

After completing his education, Digby started work at Edge and Ellison lawyers. He remained with the company for twenty years, eventually becoming a senior partner, demonstrating his ability at his job and his commitment to the firm.

In the year 2000, Digby joined the Confederation of British Industry (CBI) and put his years of business experience to good use. As Director General he was expected to share his views on important business matters and he did so, expressing honest and sometimes controversial views relating to business trends in the UK, including the loss of manufacturing and the difficulties relating to having a growing Public Sector workforce.

In 2006, Digby left the CBI and worked for a year in the private sector. During this time he held several positions, including acting as an advisor to Barclays Capital and Deloitte.

He also became the UK Skills Envoy, encouraging employers and individuals to take up skills training.

The UK – an investment destination?