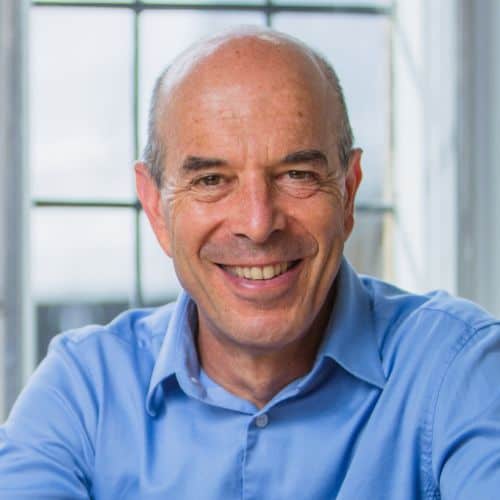 Former VP of the World Bank, Prof at University of Oxford

"Testimonial for Divided Nations: Ian Goldin's book is a 'must read' for those wanting to understand the paradox presented by globalization: a force for good but also a threat to humanity if not properly harnessed. Highly recommended for those seeking ways to ensure globalization works for all."

"Testimonial for Divided Nations: Goldin is dead right. This could be the best century ever. Or the worst. As we shrink inexorably into a global village, the biggest challenge is how we manage global village governance. Goldin offers clear-headed analysis and practical, pragmatic solutions. A must-read."

Kishore Mahbubani,
Author of The Great Convergence: Asia, the West,
and the Logic of One World

"Testimonial for Divided Nations: This book is essential reading for anyone interested in globalization and development. It provides important new insights and perspectives into how global flows of finance, trade, migrants, and ideas shape development and advances the debate by identifying urgently needed policy changes for a more inclusive globalization."

"Testimonial for Divided Nations: Ian Goldin stylishly describes the Gordian knot of international governance and makes some sensible suggestions on how it might be cut."

"Testimonial for Divided Nations: Globalization may need defense, but it also needs reform. The authors tell us the story so far and go on to propose ways and means of getting to a happier ending. The ways identified, based on fine empirical assessment, certainly deserve our serious attention."

"Testimonial for Divided Nations: A first-class piece of work and a 'must-read' for those seeking clarity on one of the great issues of our time."

During his decade as Director the School established 45 programmes of research, bringing together more than 500 academics from across Oxford, from over 100 disciplines, to create the world’s leading centre for interdisciplinary research into critical global challenges.

Professor Goldin initiated and was Vice-Chair of the Oxford Martin Commission for Future Generations, which brought together 19 international leaders from government, business, academia, media and civil society to address the growing short-term preoccupations of modern politics and business, and identify ways of overcoming today’s gridlock in key international negotiations. The Commission’s report, Now for the Long Term, was published in October 2013.

From 1996 to 2001 he was Chief Executive and Managing Director of the Development Bank of Southern Africa and served as an advisor to President Nelson Mandela. He succeeded in transforming the Bank to become the leading agent of development in the 14 countries of Southern Africa. During this period, Goldin served on several Government committees and Boards, and was Finance Director for South Africa’s Olympic Bid.

Previously, Goldin was Principal Economist at the European Bank for Reconstruction and Development (EBRD) in London, and Program Director at the OECD Development Centre in Paris, where he directed the Programs on Trade, Environment and Sustainable Development.

Ian has served as a non-executive director on the boards of a number of leading businesses, including Old Mutual, Implenia AG, Metropolitan Life, and CDC Plc. His board positions include being the lead independent director and chairing investment, credit, risk, audit, strategy, remuneration, social responsibility and ethics committees. Ian has advised over 50 governments and 100 leading global businesses. His non-profit activities include being the Chair of the CORE-econ initiative to reform global economics and serving as a trustee of Comic Relief and other charities.

Goldin has received wide recognition for his contributions to development and research, including having been knighted by the French Government, receiving an honorary doctorate from the University of Romania and nominated Global Leader of Tomorrow by the World Economic Forum. He has extensive media experience, appearing on all the major broadcasters.

Welcome to the New New World

How Technology will Shape the next 25 Years

National Wealth: What is Missing, Why it Matters

The Big Picture on Globalisation

What does the Future Hold?

Is Democracy and Freedom Threatened by Technology

Economic Crisis and its Impact

Clarity from Chaos: Making Sense of our Confusing Times