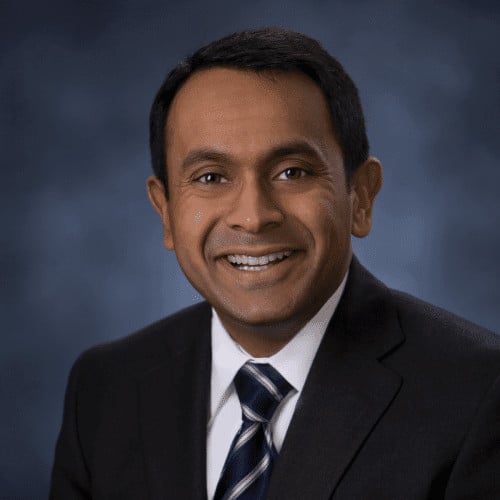 Futurist, author and speaker on the future of work, automation and human capital

Ravin Jesuthasan is a recognized futurist, global thought leader and author on the future of work and human capital. He has led multiple research efforts on the global workforce, the emerging digital economy, the rise of artificial intelligence and the transformation of work.

Ravin has led numerous research projects for the World Economic Forum including its ground-breaking studies; Shaping the Future Implications of Digital Media for Society, Creating a Shared Vision for Talent in the 4th Industrial Revolution and HR 4.0: Shaping People Strategies in the 4th Industrial Revolution. He is a regular participant and presenter at the World Economic Forum’s annual meetings in Davos and Dalian/Tianjin and is a member of the forum’s Steering Committee on Work and Employment.

Ravin Jesuthasan has been a featured speaker on the aforementioned topics at major conferences around the world. He is a regular keynote speaker at global events like the Horassis Global conference, MIT’s Emtech conference, HR Tech, the World AI Summit, C2 in Montreal, Beyond HR in Amsterdam and the Peryon People Management Summit in Istanbul among others.

Ravin is a frequent guest lecturer at universities around the world including Oxford University, Northwestern University, University of Southern California and New York University and an advisor to and featured prominently on PBS’s highly acclaimed documentary series “Future of Work”.

Ravin Jesuthasan has authored over 150 articles including 14 for the Harvard Business Review and the Sloan Management Review. His article in the HR People and Strategy Journal entitled Performance Management as a Business Discipline received the Walker Award for the most original and valuable contribution to the HR profession. He is also a regular contributor to Forbes Magazine.

Gain a practical understanding of what the future of work will really look like, and how it will impact organizations as they seek growth and success in an era of change and digital transformation. More importantly, this keynote session will help you understand how leaders can guide this change within their own organizations and will provide you with a framework that will help leaders responsibly apply automation to achieve a sustainable combination of humans and machines.

Creating a shared vision for talent in the 4th industrial revolution

Understanding and meeting emerging skills demand and empowering individuals to learn, unlearn and relearn skills will need to form the basis of a new learning and working ecosystem – a shared vision for talent. The broad change that will be required in this new world of learning and work is to move away from traditional, front-loaded accreditation and siloed certificates to a system of lifelong learning infused with a shared set of skills-based indicators at its core. Such a system demands a common currency – one that can recognise, certify, reward and enhance skills, and create a common framework among individuals and national, sectoral and workplace actors.

The future of work

As technology continues its inexorable advance, will we see the continued empowerment and enablement of the individual? Will we see the decline of the organization as the primary means for organizing work? It is time to separate fact from fiction and embark on a journey to understand the why, what and how behind the future of work.

The key strategies for business leaders and human resource executives to manage people and work in the Fourth Industrial Revolution. The keynote is based on the study, HR 4.0: Shaping People Strategies in the Fourth Industrial Revolution (4IR), which was conducted in partnership with the World Economic Forum, Saudi Aramco, Unilever and Willis Towers Watson. It draws upon a series of consultations with select chief human resources officers and experts to identify emerging challenges arising from the future of work and a range of potential interventions to address them.

Sustainable digital transformation and the role of the chief people officer

Curiosity and the drive to learn are going to be the most critical skills as the HR profession is on the edge of entering a demanding Fourth Industrial Revolution. As the traditional role of a Chief Human Resource Officer undergoes a transformation and turns into a Chief People Officer, with the convergence of technology, machines and humans, workplaces will soon hire Chief People and Machine Officers and Chiefs of Work. Increasingly this profession needs to shift from being a steward of employment to being a steward of work.

Your organization has made the decision to adopt automation and artificial intelligence technologies. Now, you face difficult and stubborn questions about how to implement that decision: How, when, and where should we apply automation in our organization? Is it a stark choice between humans versus machines? How do we stay on top of these technological trends as work and automation continue to evolve?