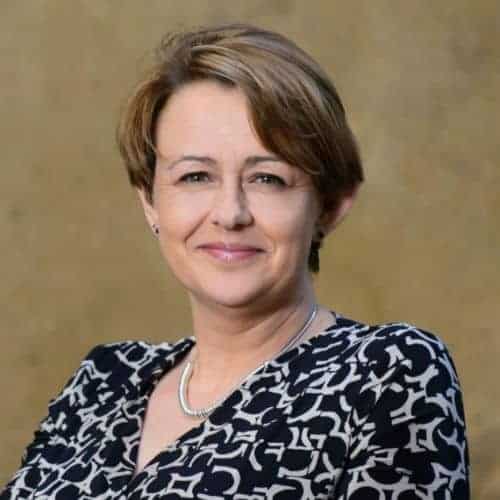 One of Britain’s most iconic Paralympic athletes

Baroness Tanni competed in five Paralympic Games, winning 11 Gold Medals and is acknowledged as one of the most gifted and trail-blazing sportswomen for her dedication to bringing disability sport to a wider audience.

"Tanni held the audience spellbound with an entertaining mix of inspiring achievements and amusing anecdotes, which together produced a strong and powerful motivational message about what can be accomplished through dedication and determination as well as talent."

The National Conference for Senior Women in Policing

"Tanni was a sensation, they loved her"

In addition to her outstanding Paralympic achievements, she won the London Wheelchair Marathon a total of six times.

Baroness Tanni has gone on to play a prominent role in public life and is a vocal campaigner for disability rights. She is currently Chair of ukactive, a Non-Executive Director of the BBC, Chancellor of Northumbria University, sits on the board of Transport for London and is a Trustee of The Duke of Edinburgh Awards, Sportsaid Foundation and the British Institute of Human Rights. Made a ‘Dame’ in 2005, she was elevated to the House of Lords in 2010 with a focus on sport, disability, health and welfare and has made significant contributions to debates on welfare reform, assisted dying and sports governance. In 2017 she authored the Duty of Care in Sport Report for the Department of Culture, Media and Sport.

In Baroness Tanni’s early life, she attended Birchgrove Primary School in Cardiff and was determined to find out for herself what she could and could not do. Baroness Tanni’s parents were always supportive and encouraged her independent streak. After a long battle with the local authority they were able to secure a place at mainstream school. Baroness Tanni attended St Cyres Comprehensive in Penarth and it was here that she first discovered an interest in sports.

After trying a range of sports Baroness Tanni realised at age 13 that Wheelchair Racing was her sport of choice. In her last year as a junior athlete she won the Junior National title over 100m and at 17 she became part of the British Wheelchair Racing Squad.

She is the ultimate example of how sport can provide a platform for connecting to society on a wider level to inspire positive social change. Through her time on the track and her current career in politics and governance her voice and tireless energy have helped to create a sea-change in how Paralympic sport is viewed and to change perceptions on how those with disabilities can make an invaluable contribution to society.