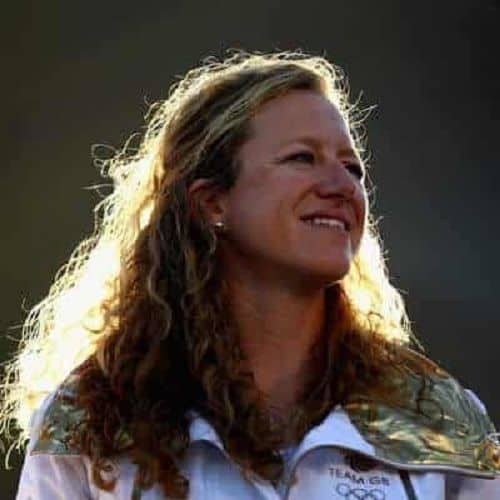 Annie Lush competed in the London Olympics and is a four-times World Champion. In 2015, she was part of the first all-female crew to win a leg of the Volvo Ocean Race (a professional round the world race and one of the longest and most extreme sporting events in the world).

"Annie presented to us an inspiring story on her life and experiences with Team SCA: the first female team to participate in the Volvo Ocean Race in over a decade. A story on the training, the gap vs the mens' teams, the consequences of one's competitiveness, teambuilding, pushing boundaries and leadership. Aligned with what we asked for. Annie talks in an open, honest and inspiring way with a good sense of humour. Close interaction with the audience and completed with impactful imagery and films. We had a wonderful afternoon and our guests appreciated it a lot. Thank you Annie!"

"Annie has a uniquely engaging, personable and captivating way of sharing her experiences from her professional sailing career. We listened enthralled to her tales of commitment, hard work, determination, high and low points from her time in the all female Team SCA Volvo Ocean Race. Her delivery style and balance of technical versus universally applicable information enables a wide ranging audience to relate to her experiences walk away, not only inspired, but with lessons learned applicable to their daily lives."

Annie is a former triple Match Racing World Champion and Olympic competitor. In 2014/15 she competed in the Volvo Ocean Race with Team SCA, becoming part of the first ever female team to win a leg of the race.

At university Annie was part of the successful Cambridge University rowing crew who beat Oxford to the finish line of the Boat Race by the smallest recorded margin in the race’s history in 2001. This inspired her to pursue a career in competitive sport and she has been on the water every day since.

Annie Lush – Back in the race

It's all in the debrief

Leading at the extreme

Not afraid to fail