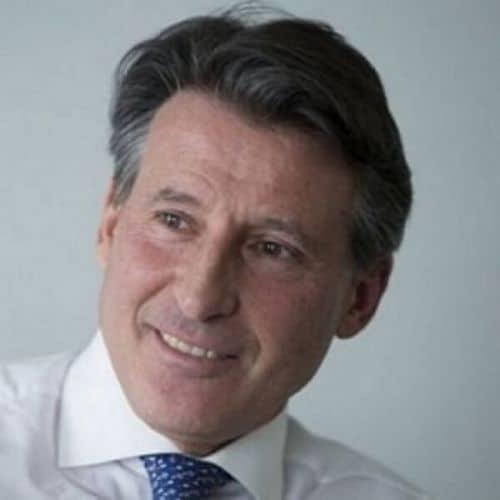 Talented athlete and gifted politician, Sebastian Coe is the man to sort out the crisis in International athletics.

A strong leader with commitment and determination he can now add reputation management to his impressive list of skills and abilities. Olympic Gold medal winner and World record holder for middle distance running, he has been a member of the UK parliament, held business interests and crowned it all by securing the 2012 Olympics for London – the most successful Olympics in modern times.

Lord Coe understands what it takes to live under the media spotlight. From medal winning athlete to delivering the massive  logistical challenge that is the Olympic Games, he now faces daily scrutiny as head of the International Association of Athletics Federations – the IAAF. He is under constant pressure as he deals with doping allegations and works to restore the sports reputation – endorsed by Dick Pound, investigator of sporting corruption as, “the right man for this difficult job.”

He is a terrific speaker, a regular writer and is author of the book “My Running Life.”

Lord Coe came to the attention of the world as Sebastian Coe, the fastest middle-distance runner of his generation. Well known for his speed and medals he captured the imagination for his intense rivalry with fellow British runner Steve Ovett. In 1979 he broke three world records in 41 days. Today Lord Coe remains the only athlete to win gold in the 1500 metres in two successive Olympic Games: He has broken a total of 12 records during his career.  Moving into politics he was in John Major’s Conservative government from 1992 to 1997, then became chief of staff to new party leader William Hague before being made a life peer and moving to the House of Lords.

As chairman of The London Organising Committee of the Olympic and Paralympic Games (LOCOG) he oversaw the creation of an organization the size of a FTSE 100 company which went on to deliver the most successful Olympic games of modern times.

Until November 2015, Coe was a worldwide ambassador for the American sports brand, Nike. He owns a string of health clubs with more than 20,000 members.

Testimonials for ‘Running My Life’

“Fascinating and rather uplifting… This is a singularly well-written sporting autobiography.” – The Sunday Times

“If there is one guy you want to be in there fighting for you, it’s Seb.” – Former Middle Distance Rival Steve Cram